So I guess this is going to be a hot-topic in the coming days... we saw a few of these go up during the ALCS. I just thought it would be handy to keep all the talk contained in a single thread.

As we all know, Series tickets have completely sold out, and went for plenty more than the previous series' prices. I figure... there's probably going to be more LSB'ers watching from home this time around than previous times. I myself have already spent 1G on playoff tickets and am not immediately prepared to keep going...

BUT!... if I can't watch the games in person, I'm gonna wanna do the next best thing... and that's getting together with all of you LSB dingdongs that love the team just as much as I do. 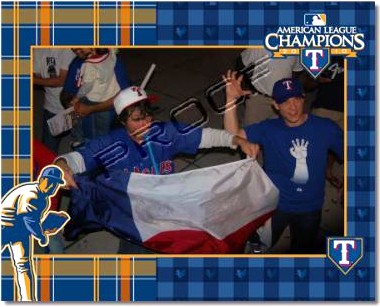 The LSB Tailgate was a 'great success', wasn't it?... We grilled some meat, experimented with stuffed jalapeños, threw back some brews, swapped wives... Any thoughts on doing it again next weekend? Saturday afternoon? Sunday afternoon? Hey bitch all you want about the NL winning the All-Star Game and the Giants getting home-field advantage... at least we got our home games on the weekend.

And what about watching parties? Tiny Tim v. Cliff...Bruce Lee? The only thing better than watching that is watching it while I'm doing your wife.

I saw some fanposts calling for a meet-up party at Wizards in Richardson, which sounded cool but also sounded like a pain in the ass to get to. For my part, the only real 'watching party' I attended was at J.Gilligan's in Arlington for Cliffy's Game 3. Good crowd, but maybe Arlington is too far a drive for some of you Denton and North Dallas types

Anybody think we should try to organize some kind of meet-up for Game 1? Like a big one? Where we feast at a giant round-table in front of giant plates of wings?

Also while I have a quick second, I just wanted to say thank you to Mr. Paul M. from Wichita Falls - who straight-up gave me a free ticket to the first home playoff game against the Rays. That was an unbelievable experience and it was only compounded with the good pleasure of getting to meet all of you for the first LSB Tailgate. He probably gave up the ticket so he wouldn't have to sit behind this Cowboy-foam-hat wearing peniswrinkle. 'Preciate ya, pal!

I also wanna thank all the concessions people that have been there since the old Arlington Stadium, who come back every summer to earn a buck, who made it through the lean years... just like Chuck and Eric... and who probably don't get the same appreciation or recognition for being there and being of service... Like the beerman who works the lower level behind home plate with his signature 'KOHHHHHHHHHHHHHHHHHHHHLLLbir'

The lady who ushers Section 16/17 with the glasses and short hair and the older, lanky man with glasses and a moustache who ushers 17/18... for turning a blind-eye the last three or four seasons, whenever I snuck down into the lower level to get a closer look at the action. C'mon... that was some bad baseball.

If you know anybody like that at the ballpark, please give them some recognition... it's always good to hear those stories

And lastly to all my LSB brothers and sisters who i have butted heads with in the past. The past is the past. This week... we can all huddle together as one and know that we believed in this day... we knew it would come... and our patience paid off. 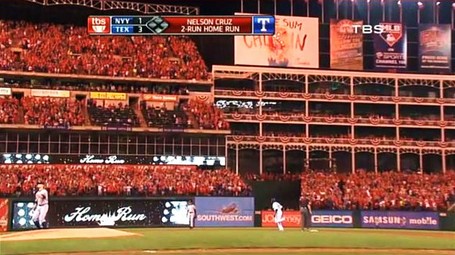