50 years is a long time. It's a half-century. There's only been 40.2 instances of 50 consecutive years in our recorded calendar. In the lifespan of a person, 50 is squarely middle-aged. If the Rangers were a person, you would consider what we're about to see a mid-life crisis. The Rangers just bought their candy apple red sports car. The Rangers want you to know that they're on the market. Come and get it.

The Rangers spent its childhood in Washington. A poverty stricken malnourished child sent to live with its uncle in Texas to whip 'im into shape. The Rangers were a sitcom. A bad one. No one laughed. It probably should have been canceled. But for a select few, we tuned in every night. And we fell in love.

There's no doubt that there are people that love this team regardless of if there are other people in the world just finding out that the Rangers exist. Not just the 2010 Texas Rangers, but the 1972 team, the 1986 team, the 1993 team, the 1996 team, the 2004 team, and every horrible, terrifying, excruciating team in between. Maybe you fell in love with a particular player. Maybe your grandfather or grandmother, mother or father, sister or brother loved the Rangers and passed it along. Maybe you grew up in Texas and the Rangers were your team, through and through. Whatever the case, whenever it happened, you fell in love. You fell in love with the Texas Rangers and it was eternal. And for these people, these Rangers fans, you and me, this is the culmination of our dedication.

The Rangers could have not made it the World Series this season and we would have been back for more. We would have been back because of Buddy Bell and Tom Grieve, Toby Harrah and Pete Incaviglia, Nolan Ryan and Steve Buechele, Pudge Rodriguez and Juan Gonzalez, Michael Young and David Dellucci. Elvis Andrus and Neftali Feliz. But they are. They are in the World Series. The Texas Rangers are in the World Series and every 110 degree summer loss on aluminum bleachers was worth it. Every third-degree sunburn for a fourth place team in June has been healed. Every mind closed to the existence of baseball in Arlington has been opened. Forever. Here's your reward. Here's your reward for caring. Here's your reward for falling in love. As much as you want something from a relationship, as much as you want to feel something tangible in this construct of being a fan, you never need it. The Rangers have us for life, regardless. You never even needed the reward, and yet, here it is.

To me, this season has been a search for history. A search for a defining moment for this franchise. A drive for relevancy and something to hold onto. In July, for the first time in my adult life, I bought a team jersey. I bought a Cliff Lee replica. Everyone I mentioned the jersey to admired the balls of it. Cliff Lee was going to be gone in half of a year. I'd be wearing the jersey of a guy playing for the Yankees next season. But it wasn't to be brazen or bold, I wanted something to memorialize 2010. I wanted something that I could keep and say, "That's 2010." I feel that way when I watch this team in October. "That's 2010." Forever, when we talk about these Rangers, when we comb the memory banks for those moments, those memories, for the rest of our time as sports fan, we'll have, "That's 2010."

You know, it dawned on me at some point during the insanity of this week, as I processed my thoughts, my mind wandered back to February (a month that would see these Rangers report for spring training duty), the New Orleans Saints, a team not unlike our Texas Rangers in historical ineptitude, were on their way to a Super Bowl victory. The punchline to the joke was, "If the Saints can make it to the Super Bowl then the Rangers can surely make it to the World Series!" And so, the Rangers did. The Rangers are going to play in the World Series in the same year the Saints won a Super Bowl. Where are the sports gods? What are they doing? Are the gods just taking a vacation? Some one needs to let them know what's going on down here or else the Clippers will be hoisting a championship trophy. But let 'em wait a few more weeks. They've clearly earned the time off.

Why The Rangers Will Win: Sorry underdog fans. The Rangers are probably the favorites in this one. Robbie Griffin wrote his awesome preview and gave the Rangers just under 66% odds to win this series. For perhaps the first time in this postseason, the offense is the unit to point and say the Rangers have a significant advantage. However, it is compounded by the fact that an American League's offensive output is just better than that of the National League. This season, the NL scored 4.33 runs per game. The AL scored 4.45. If you look at the best offenses, the top three National League offenses averaged about 4.8 runs per game where as the top three offenses in the American League averaged about 5.1 runs per game. So while the Giants were in the top 2/3 of National League offenses, the Rangers were a top 4 or 5 in the American League offensively. National media, I excuse you from talking often about the powerful, offense-minded Texas Rangers. For this series, you might be right.

Also, back during the All-Star Break, we were grousing about the Nation League winning for the first time in 11 years to take home field advantage in the World Series from American League. To me, it made all the sense in the world:

"It’s entirely like the Rangers to make it to the World Series the one year the NL wins the All Star Game. This is a good sign."

It's entirely like the 2010 Texas Rangers to win the World Series.

Why The Rangers Won't Win: That's the way baseball go.

P.S. The Rangers are going to win. 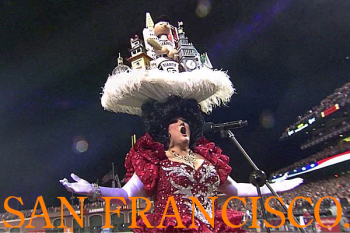