Tomorrow, about 24 hours from now as I type this, the Rangers will play a playoff baseball game. If that hasn't sunk in for you yet, it might be because it's been 11 years since you could say such a thing. 11 years ago the Rangers were a powerful bunch who happened to run into perhaps the only thing that beats the crapshoot that is baseball's postseason, that is, they played a juggernaut New York Yankees dynasty at its peak. If you crack open the buried memories from the Rangers last playoff appearance, 11 years ago, perhaps you would remember that TLC's "Unpretty" was the top song on the charts. Or that "The Sixth Sense" was the buzz-worthy movie in the theaters. If you want to look a little further back, to the first time we felt this kind of excitement, in 1996, "Independence Day" was ending its summer run when the Yankees were ending the Rangers' hopeful season.

Those cultural references are as much a guide to a memory and era as Juan Gonzalez's 1996 1.901 series OPS. Or Dean Palmer's Game Two error. Or Darren Oliver pitching the game of his life in Game Three only to fall to Yankee mysticism. In 1998, the Rangers' season ended with a torrential downpour that delayed the inevitable but only for a few hours. Darren Oliver serves as a bridge from then till now. Maybe he'll even be a dam. I think back to that era and remember the Rangers lost because of Darryl Strawberry and Cecil Fielder. Todd Zeile and Mike Henneman. They are relics now. We unearth them from time to time to remember what it was like.

That 1996 run, the first division championship, the "Hunt for Red October" team, it feels similar to this season. That feeling probably comes from how long we've had to wait for another one of these chances. It feels like the first time again. But the 2010 Texas Rangers are different than that 1996 team. And the 1998 one. And the 1999 one. And while this 2010 Texas Rangers team might run into a juggernaut--they might get swept themselves--they are built for October success in ways those past Rangers playoff teams were not. While pitching was often not the issue in those past playoff series, you could also never once say the Rangers had favorable pitching match-ups, until now. And while the '90's Rangers offense was feared for its power, it absolutely had the kind of weaknesses that the very best pitching, the kind of pitching you see in the playoffs, was able to exploit.

We've waited 11 years for the Rangers to win 11 games. 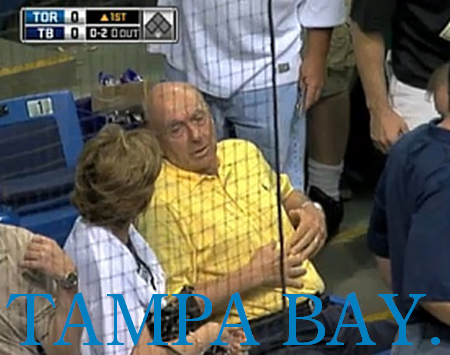