Weird things happen when the Rangers play the Orioles. Join my guided tour of the bizarre and marvel at the conquests of the superhuman when the men from Arlington face the birds from Baltimore.

"AND LITTLETON GOT A SAVE! THEY SCORED 30 RUNS AND HE GOT A SAVE!" - Tim Kurkjian with a vocal assist from Matthew Lesko.

The best thing about all of the above wacky happenings is the coincidence that they were all in favor of the Rangers. Except for that last one, that one did not happen. You people are gullible.

Hey guys, good news. The Rangers get their first look at Brian Matusz. But there's no need to worry, the Orioles get their first look at Joaquin Arias. Matusz, one of those left-handed pitchers that baseball teams keep throwing at the Rangers, is a youngster with promise. With promise comes hype. With hype comes expectations. With expectations comes scrutiny. You can see why being a young big league player is difficult when "promise" can turn into "scrutiny" within three sentences. Matusz has done well so far, however.

Matusz is currently sporting a 3.20 FIP and a respectable 7.4 K/9. He's walking too many at 3.4 BB/9 but he's also been unlucky with a .351 BABIP. There's no reason to believe he won't soon be one of the top lefties in the American League. There are pretty good odds that he'll look that way on Thursday against the Rangers.

There's no real reason to believe that Scott Feldman will soon be one of the top lefties in the American League because he is right-handed. He also, unfortunately, hasn't been very good. At least 2010 Scott Feldman hasn't been. While I am encouraged by practically everything he did between the 2nd and 7th innings in his last start in Toronto, providing some hope that things have turned the corner, there's reason to be alarmed by what the Rangers might get from Feldman this year. At just shy of 45 innings the sample is beginning to no longer be small enough to just shrug and hope.

Perhaps the BABIP means there's some regression to a more '09 Scott Feldman that can be expected, and his FIP and XFIP are lower than his ERA, so perhaps the defense hasn't been showing up as much for Feldman this year as they did last year. Regardless, I'd like to see a couple of starts where Feldman gets some ground balls, doesn't walk too many guys, and gets out of a jam or two. You know, 2009 Scott Feldman.

However, thanks to baseball being baseball, any Feldman start could end in a Perfect Game/40 run/20 run inning/7-7 with 7 home runs game and the likelihood only goes up when the Rangers play the Orioles. 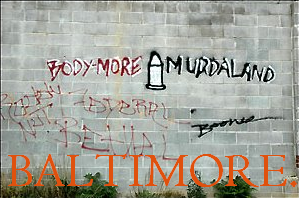