Series Preview: Rangers @ White Sox: You Can Put it on Mute...YES!

Share All sharing options for: Series Preview: Rangers @ White Sox: You Can Put it on Mute...YES!

The thing about nightmares is eventually they end. Eventually you wake up. Usually, however, they don't end until after the monster catches you because suddenly, no matter how fast you try to run, your legs just won't move. It's only then that you notice--while you look down to chastise your betraying appendages--that your teeth are falling out and raining down from your mouth. This would be a problem if not for the fact that you've just realized that you're currently naked in front of every lady you've ever made eye contact with.

Unlike this Rangers road trip, once you're shocked back into waking reality, a cold sweat is the only inconvenience. Eventually you do wake up. The Rangers will wake up eventually, right?

That's where we lay to rest in Chicago. The Rangers are in a coma. The Rangers need to wake up. The monster is right behind them. Their teeth are collecting around their feet. And the ladies are snickering and pulling out their camera phones. With the Rangers in Chicago to take on the White Sox we've got to hope that someone set the clock radio alarm. Where the Rangers are headed, pray there is no snooze button.

The glimmer of sunshine peeking through the blinds upon a restless Texas Rangers team is the Chicago White Sox. They've not been very good. Offensively, they're about 14 runs worse than the average weighted American League team. They've have bad luck so far in as much as their BABIP (.248) is the worst in baseball (The Astros are second worst at .267) but a lot of that can be attributed to the fact that they have the worst LD% in baseball as well. They don't hit the ball hard. That's a problem.

The White Sox best player, other than a resurgent Alex Rios, won't even play in this series. That's because that player is John Danks and he isn't scheduled to pitch. The aforementioned Rios is doing his best Vernon Wells impression without actually having been born in Arlington, Texas.

Rios, making almost $10 million this season, is actually earning his pay. He's second in baseball in WAR at 2.8 (and 8th in wOBA at .419) so far. The problem is, five of the top fifty worst players in wOBA this year have been White Sox players (A.J. Pierzynski, Gordon Beckham, Juan Pierre, Alexei Ramirez, and Carlos Quentin). That's the most of any team. They've been practically running out a lineup every day with five Julio Borbons. Talk about a nightmare.

You want problems? The Rangers have got some problems for you. Julio Borbon looks Chris Davis lost. Justin Smoak has gone from looking patient, to looking unlucky, to looking lost. There have been stupid bunts and there's no reason to believe that there won't be many more stupid bunts in the future.

That's not enough problems for you? How about the fact that Michael Young is making like 20% of the payroll and he can't make a play at his position and there's not another 50 feet of infield that you can push him toward. He's been moved as close to the line as humanly possible. He actually fields his position standing on the line.

Ron Washington was born in late April. That's a problem. Nelson Cruz can't stay on the field. Matt Treanor can't stay off the field. Those are problems. The bench is a disaster. The bullpen is overworked. That's going to be a big problem. You know how the ol' saying goes; Harden and Feldman and pray for the bullpen. Derek Holland is hurt. That's not a problem. That's an injustice to my emotional fragility.

There are a lot of problems right now.

Bright side? Everything else. 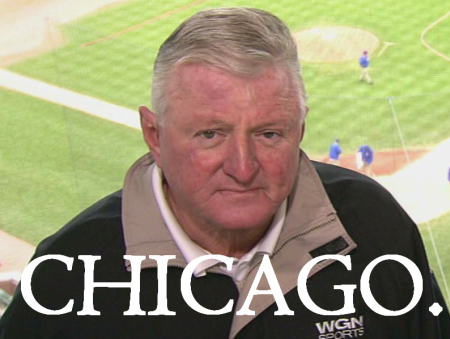 Rangers' 2010 Record vs. Chicago: 2-1 at Rangers Ballpark in Arlington