Sometimes I forget in my head that the Milwaukee Brewers exist. They're the Kevin Slowey of baseball franchises. I imagine that's a similar feeling that people have when they find out their team is playing the Texas Rangers. Or how they feel when they remember that Kevin Slowey is a real man with pictures and video as proof. In some respect, it makes sense that the two teams mirror each other by lack of reflection. Both teams are pretty forgettable.

In many ways, the Brewers are the National League Texas Rangers. Perhaps not this season, because the Rangers are a better team, but historically, they are both known only for being unknown. Both teams are relocated failed franchises with long histories of losing only enough to not be known for being a loser but winning so rarely that no one can remember to remember when they do win.

Of course, it's easy to link the two teams. Doug Melvin (The DFW Media's pick for greatest human in Rangers history) is the G.M. in Milwaukee after being the G.M. in Texas for the Rangers only prosperous seasons. And while that association is clear enough, Melvin almost seems to make it a point to bring in every Rangers outcast like a former Mariner finding his way to the Kansas City Royals. The Rangers got Nelson Cruz from the Brewers by unloading a boat load of former Melvin handpicked prospects on the Brewers. Doug Davis is back with Doug Melvin for a third chance at being a tandem of Doug's. Doug's gotta stick together and all. Even long lost former Ranger Kameron Loe found a home in a big league bullpen again thanks to the open arms of the Brewers.

If we have to have pitchers bat at all, which we shouldn't, I've decided I'm totally in favor of having pitchers bat in the American League parks now that it is pretty clear that Interleague Baseball isn't going away. I'm pretty sure nothing is more thrilling to a National League city's fans than the thought of paying money to watch Tommy Hunter hit but that's just because they're mean and like to watch fat guys fail.

If the Rangers are coming to Miller Park for the first time in its history, shouldn't they be coming with Vladimir Guerrero hitting every game of the series instead of one, possibly two? Instead, Vlad has to play the field to get into the game and allow the fans of National League cites the opportunity of seeing an old man run around with bone-on-bone knees where he is one tumble away from having to be put down. And while I'm sure that has entertainment appeal, there's a real possibility that one of these paying crowds will see more at-bats from Scott Feldman than Vlad Guerrero in this series and that seems counter-productive to why Interleague play was formed. And it is also counter-productive to my desire to live.

We've all seen the commercial. We've all repeated the sentiment. We've seen it as a tagline. But, now, this series, this month, for the Texas Rangers, it's time. For the Rangers to position themselves as a contender for the division through the summer and beyond, these next few weeks are pivotal. Over the next 9 series, 28 games, the Rangers will play opponents with a combined record of 203-317. Sandwiched between a last-week-in-June showdown with the Angels, the Rangers don't play another team with a winning record until the All-Star Break. If you include this past series with the Mariners, over this span, the Rangers will play every last place team in every division except for the National League West.

It's time for the Rangers to put some distant between themselves and the rest of the West. The second half of the season is traditionally when the Rangers collapse (OK, and the first half of the season, also. There are plenty of collapses to go around), and the second half schedule gets real scary quickly. If the Rangers are going to see post season play, it's time right now to put the division in the rear view mirror. Objects may appear closer than they are if the time isn't now. 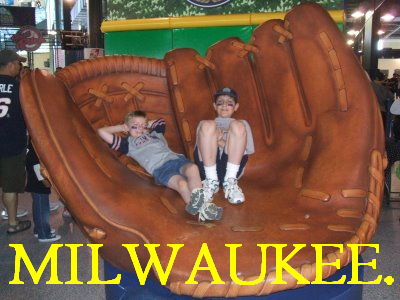