I've been dreading writing this preview for weeks. When I looked at the Rangers up-coming schedule and saw a trip to Miami to face the Marlins, I knew I was boned. What does one write about in regards to the Marlins? Hanley Ramirez? Sure. Josh Johnson? Absolutely. Those two are great, great players having spectacular seasons (Although Hanley is having an otherwise ordinary season compared to his previous efforts). Johnson is having himself a season that is beginning to rival the best of his league. Even as great as Josh Johnson has been, I wish he could be ignored since that would mean the Rangers weren't facing him.

But really, I seem to spend my time avoiding thoughts of the Marlins. It's not an attempt to be willful or anything; they're just a weird franchise with a weird history and a continuing weird legacy. In my mind, they're a black, teal and sliver blur of painful Jeffrey Loria memories and bizarre World Series victories.

The Rangers certainly don't have any real ties to the Marlins. Perhaps the only thing that zooms to mind is Pudge Rodriguez winning a World Series with the Marlins the first year after his career in Texas. Seeing the greatest Ranger in franchise history in teal never really did much for me. The closest contemporary story with the two franchises is likely the near trade of Josh Beckett. If not for Jon Daniels being reluctant to say "Yes" immediately to a deal including John Danks, perhaps Hanley Ramirez would be manning shortstop for Boston with a stranglehold on the moniker of "Best Shortstop in the American League" that is soon to be the property of Elvis Andrus. In fact, the two team's shortstops might be the single best reasons for fans to bring themselves to be excited about facing the next three days with these two teams locked in battle.

2010 is going to be remembered for a long time for the influx of talent brought into the league. Jason Heyward is not only having one of the best seasons by a rookie ever, he's a National League MVP candidate, and he's going to be amazing for the next 20 years. Stephen Strasburg is Stephen Strasburg. Stephen Strasburg is basically the best thing we'll remember seeing. Carlos Santana just debuted. There's Starlin Castro and Buster Posey, Alicedes Escobar and Austin Jackson, Mike Leake and Drew Storen, Wade Davis and Ian Desmond. Even Brian Matusz and Neftali Feliz are still considered rookies and they're wonderful. The Rangers are also represented with Justin Smoak. It's just an insane amount of talent for one year. Perhaps the most insane thing of all, with the exception of Heyward and Strasburg being all-time talents, is the eye-popping power potential of newly minted Marlin Mike Stanton.

Stanton was called up, due in large part because he was sporting a slugging percentage of .726 as a 20 year old in AA, and if all goes right, he should be a staple in the league leaders for home runs for years to come. Through ages 17-20 in the minors--essentially 2 1/2 seasons--Stanton hit 89 home runs. To put that into perspective, in the ages of 17-19, in essentially two full seasons in the minors, Jason Heyward hit 29 home runs. Albert Pujols hit 19 in his year 20 season that saw him shoot through the Cardinals system assuring he'd only spend that one season riding minor league buses. When Stanton was just 18 years old in A ball, he hit 39 home runs. 39. He hit 28 more in A+/AA the next season at 19 years old. In 52 games this season back in AA, he had already hit 21 home runs when he got the call. That's incredible. That's some seriously unheard of home run production from someone his age. Mike Stanton has energized me into caring about the Marlins.

You can all relax, our smiling Canadian is gone. That doesn't mean that the Rangers are safe, however. It's that time of the year where it seems like the stars align to conspire against the Rangers and make them play baseball games on days the opponent has their best pitchers going. Just in the past week, the Rangers have faced Cliff Lee, Felix Hernandez, and then the Brewers current three best starters including the National League's 7th best starter this season in Yovani Gallardo on Sunday. And now, without much of a breather, they've got to deal with Josh Johnson who is the National League's 4th best starter this season. Oh, and by the way, Anibal Sanchez is the National League's 12th best starter this season, right in front of Dan Haren. Nobody said winning would be easy but it's probably much harder when you play Starting Pitcher Roulette and catch a bullet to the temple each time. These things have a way of evening out in the long run but it sure would be nice if the Rangers could catch an opposition's 3-4-5 soon. I'm all for beating the best to be the best and all that but Josh Johnson is really good, you guys. 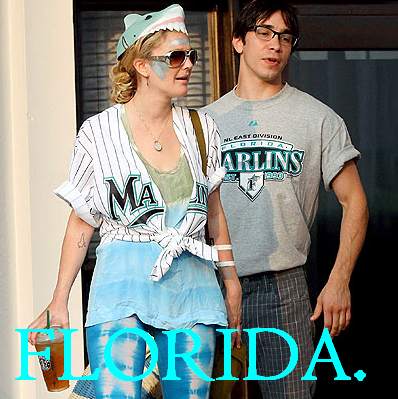