Let's face it, that road trip was not very fun. However, 3-5 isn't the end of the world when you consider there was that fiasco of a series in Minnesota. Of course, if you add in those two loses to the Cubs before the road trip began, then you're looking at 3-7. That is much, much less fun and a mournful wave goodbye to a decent AL West lead. But fret not, your Ranger heroes are returning home for--What's that? They're playing the Rays? Ah Jeez--But the Rangers are 18-9 at home and--The Rays are 21-6 on the road you say? Come on man--At least the Rangers have C.J. Wilson and--Wade Davis, James Shields, and Matt Garza, eh?--I feel like I've got a bad case of the Vlad-eye.

The Tampa Bay Rays are kind of like the Rangers' Ghost of Christmas Yet to Come. I don't mean that they are Death personified come to scare us into doing nice things or they'll drag us to our graves--Although, even that description isn't far off--I mean, however, that they're what 5 year plans are made of when 5 year plans go right. They're what being on the top of the "Best Farm System" lists can look like when it leads to major league success. They're the screams of joy at discovering that last present under the tree is the Nintendo 64 you never thought your puritanical parents would let Santa bring you.

The Rays were surprisingly great in '08, but if you look back at that team, and their talent, it's not much of a surprise. It was only a surprise by how historically bad they were previously. They had been building for that moment, however. Then, in '09, they were practically just as good, they just happen to still play in the AL East, which is the opposite of playing in the AL West. Each year, a really, really good team is going to miss the playoffs. And this year, they've stepped it up a notch. They're the class of baseball. They're what the Texas Rangers hope to be and soon.

The Texas Rangers are the Nintendo 64 waiting in an unopened box hidden by wrapping paper, dreams, and knowing smiles of puritanical parents. The Rays already have GoldenEye 007 popped in, legs propped up, and a belly full of Christmas dinner.

Hank Blalock is back, everyone! I'm sure you all can't wait to watch him drill a dinger 30 rows deep just to the left of right field foul pole, because it's going to happen. Fate doesn't let these things slide. Hank Blalock is destined to be good against the Rangers. That's fine though. At least it won't be Evan Longoria doing the beating. If it's Hank, we'll understand. That's just cosmic. If it's Longoria, then it's a problem, because then it is baseball. Longoria is 12th in baseball in wOBA (.411) (An aside, Jason Heyward is now 11th. Good lord.), he's 7th in wRAA (16.2), 6th in OPS (43.4). He's good, is what I'm saying. He's top half dozen in baseball good. So when he's pitched around allowing Hank Blalock to hit a majestic home run to defeat his former team, I'll understand. It's written in the stars.

Also back is Tommy Hunter! "Big Game" Hunter has returned to the rotation spot that was his in Spring Training before his got injured. Hunter's intriguing because he has the ability to go out there and pitch 7 or 8 innings each time. That might seem like low-balling Hunter in terms of using ranger-colored adjectives to describe him, but he is what he is. He's Rick Helling. He is an innings eater and that's something this team desperately needs from a starting pitcher right now. That should be our expectations of Hunter. He's not Derek Holland. He doesn't have that upside. But he can be the prototypical League Average Inning Eater, and that's valuable.

Oh god, though. He's pitching a day game in Texas. I don't think we'll ever come this close to seeing a man have a heat stroke live on television ever again. 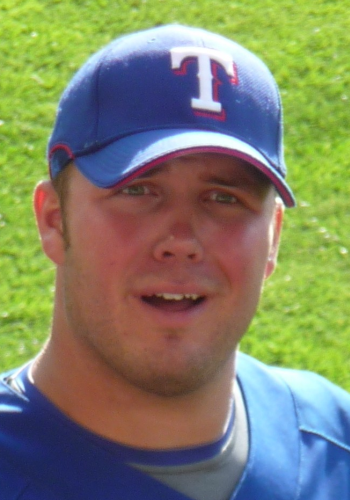 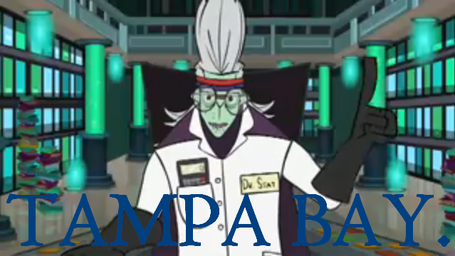