Yep. Just like that. I'm ready for baseball again. I thought perhaps I'd dread this day. I thought the wind might have been taken out of the sails. But after washing myself clean of the four game series that shall not be named, I waited with excited thoughts over these past three days, and now I'm hungry again. It starts again in Boston and I will dine on a most delicious second half of baseball. The appetizer was good, the main course is being served up now, and with any luck, we'll save a little room for dessert.

I'm ready for baseball's second half. The really important half. The half with the pennant races and post season whispers. I want to see if Elvis can just decide to lead this team to a place we forgot existed just as easily as he decided he would get on base more this year and has. I want to see Ian Kinsler found again as one of our favorites. I want to see Josh Hamilton and Nelson Cruz and Vlad Guerrero and Michael Young carry this team like a hitting rotation. Each guy takes a turn. I want to watch Cliff Lee rolled out like a secret weapon every fifth day. I want Colby Lewis to see more ghosts if it means the team can exorcise its demons. I can't wait for a Joaquin Arias or David Murphy or Andres Blanco to have a defining moment late in September.

The sprint to the break is over. The Rangers can look over their shoulder at the nearest competitors. For once, they look rather small. For once, the Rangers are ahead of record pace. But do they have staying power? Do they have endurance? Here is where the Rangers must realize the race is not yet won. When they look of their shoulder they should know that objects may appear closer than they are. Bring on the grind.

The Red Sox are a really good baseball team. If the season were only one half long, they would lay claim to a division title in any other division other than the AL and NL East. This isn't really a surprise, however. We all knew going into this that the best three teams in the American League were in the East and one of them would miss out on the fun in October. Right now, that would be the Red Sox. A large reason why they haven't performed even better is because of injuries. The Red Sox have been beset by injuries unlike nearly any other contender. Here's a list of currently injured Red Sox players:

That's practically the entire team. Right now, the Red Sox have David Ortiz and Curt Schilling's bloody sock playing for them. If the Rangers have to go to Boston, where they are 3-10 the last couple of seasons, it might as well be now. It might as well be while that team is just trying to keep together instead of in September when they'll be healthy and destroying teams in hopes of fighting their way through the East.

For the Rangers, the good news is they have favorable match-ups in every game other than Sunday when Jon Lester will face off against C.J. Wilson. The last time Jon Lester faced the Rangers at Fenway, he had no-hitter type stuff. However, Hunter vs. Wakefield, Colby vs. Doubront, and Cliff Lee vs. Lackey all favor the Rangers. It also favors the Rangers that the Red Sox bullpen is as terrible as their rotation has been good. Other than Daniel Bard and some guy named Scott Atchison, the Red Sox essentially don't have a single member of their bullpen that has had any positive value going by WAR. Even Jonathan Papelbon is sitting at 0.0 WAR. The Rangers would be doing themselves a favor if they could get the Red Sox starters out early. 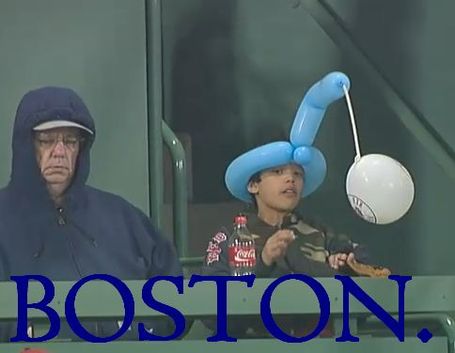 They're Not Saying: Boo