On September 11, 2007, back when the likes of Fast Freddy Guzman, Jason Botts, and Mike Wood were Texas Rangers, the Rangers beat the Detroit Tigers 13-6. Since that day, over 34 months ago, the Rangers have not won again in Detroit. The Rangers have lost eleven straight games at Comerica Park, in fact. They've had nightmare innings such as an 11 run inning in 2008. They've seen leads blown most recently in the form of a C.J. Wilson meltdown early last season. They've been shut down by Dontrelle Willis past a time when that was acceptable. They've been beaten three times by Justin Verlander which might be the only thing about this that is understandable.

Look, we get it; no one wants to be in Detroit. It's a terrible, depressing, miserable place to be. But do the Rangers really have to play down to a city's level? Someone needs to let the Rangers know that the Tigers players are still getting paid well. They don't have to feel sorry for them. They should feel sorry for us, the Rangers fans, who have had to watch the Rangers lose in Detroit for far too long. If the Rangers do not win in Detroit, well, I hope Comerica Park burns to the ground. It would make a lovely tire fire receptacle.

As much as I want the Rangers to take this series in Detroit and break this miserable spell, and as encouraging as the Tigers recent five game losing streak appears, I suspect the Tigers are going to be angry and ready to do battle back at home. They've been over-taken for the AL Central lead and are in danger of slipping to third. The thing is, though, they're probably statistically the best team in that division. In fact, when you factor in runs saved going by the RAR chart below, the Rangers and Tigers are within one point of being dead even.

It's not going to be easy, because it's in Detroit and that's nigh impossible, but if these Tigers are in the midst of a slide, it would be nice for the Rangers to take advantage. I just suspect the Tigers aren't going to be too happy tonight.

The Rangers get their first taste of second half Scott Feldman tonight. Hopefully he doesn't taste like when you would pack a ham sandwich for lunch at school, and over the hours before lunch, the American cheese on your sandwich would start to half-melt, half-sweat. That would be gross. Don't half-sweat, half-melt, Scott Feldman.

It's so weird that Scott Feldman started opening day. The funny thing is, however, if Scott Feldman is legitimately regulated to the fifth spot in the rotation from here on, he's actually an asset. A fifth starter with a 4.30 FIP is kind of marvelous. Suddenly, the Rangers rotation isn't a concern. It's actually very very good. Thank you so, so much, Cliff Lee. I still suspect we'll see Rich Harden or Derek Holland or both again in the rotation before this season is ended. However, if they are not healthy or good enough to carry a rotation spot, the rotation as it stands right now is actually top quality. And that depth we were worried about in late June is back again. 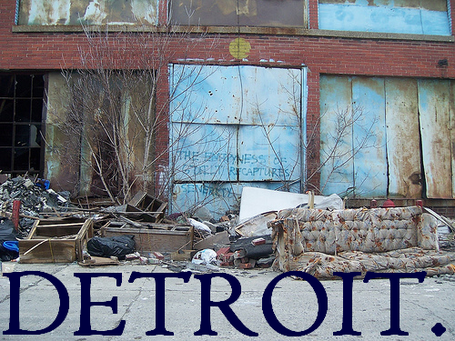 The emptyness of guilt recaptures serenity

This one: For Adam