Series Preview: White Sox @ Rangers - Wouldn't You Like To Be A Guillen Too?

Share All sharing options for: Series Preview: White Sox @ Rangers - Wouldn't You Like To Be A Guillen Too?

Now back to your regularly scheduled Not-The-Biggest-Series-of-the-Year programming. Now that the Rangers are finished in Anaheim for a while, they need to be careful here to avoid a letdown. I actually believe the Rangers players in their insistence that the series in Anaheim wasn't "big" to them in the sense that it happened in June. They correctly inferred that the division isn't won or lost this early in the season. But, I think if they were being candid, they'd relent and say it meant more than say, a June series against Baltimore.

And yet, this last series probably meant more to us as fans. We're the ones that care about division leads changing by a game or two, more or less, at this point in the season. But still, even if the Rangers players weren't treating the series as do or die, all three games were hotly contested and could have gone either way. There was intensity displayed. You could tell that the Rangers were battling. And with that comes perhaps the instinct to breathe a little now that it is over. For the Rangers though, where nothing is going to be handed to them, there's no time to breathe. There is no time to rest. The Rangers shouldn't sleep on the White Sox. There will be plenty of time to sleep in November.

Not to step on my own questions to ponder, but did you know the White Sox are tied for the best pitching staff in baseball in terms of value? No. I didn't realize it myself. Scroll down to the RAR chart below and check out their rankings in both Starters and Relievers. They've been awesome. They have a combined total pitching staff WAR of 12.4. The Rockies are also at 12.4 and then the next best staff is the Cubs at 10.8. Apparently pitching is easier when done near Lake Michigan. The problem for the White Sox, as good as their pitching has been, is that their offense has been equally as bad.

For the Rangers, offense isn't the problem. The Rangers are good at scoring runs. On the season, the Rangers have scored the third most runs in baseball with 413. They've done so thanks to an OBP that is 5th best in the majors, team OPS that is 4th best, and a team wOBA that is 4th best at .341. With a batting WAR of 14.5, the numbers reveal the fact that the Rangers have a top five offense in baseball. So, in an interesting inverted picture with the White Sox, it's the Rangers pitching (specifically the starters, surprised?) that is the prevalent issue for the team.

Things might look bleak right now for the Rangers if not for how well the bullpen has performed. The Rangers relief corps is currently 3rd in baseball, right behind the White Sox. As good as the pen has been, the overall health of the staff has been bogged down by the starters. The Rangers starters have been the 18th best in baseball in terms of RAR. That's not good and things could get worse. The Rangers starters have pitched 453.0 innings this season, which is the 25th most of any starting rotation in baseball. Therefore, the bullpen has carried the heavy load of 247.1 innings pitched, 7th most in baseball this year.

It makes some sense to leverage a little more heavily the pitchers that are good, and in the case of the Rangers, that's the bullpen pitchers, however, in doing so, the real concern comes from when the overuse will deteriorate the quality and turn the plus into a scary minus.

The Rangers need the starters to pick it up because the bullpen can't be as good as it has been if they continue to have to pitch this much. Well, that, or the Rangers need Cliff Lee. 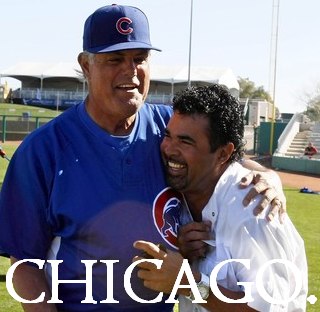 #0 / Is Somehow Available in this Widget / Chicago White Sox