Well, here we go again. It looks like the Rangers are going to have to get used to playing the second best team in their division. Just as it was five days ago, this is a big series. Now that the A's are actually closer to first place than the Angels, it would behoove the Rangers to do to the A's as they did to the Angels over the weekend. All hope must be crushed.

As with last weekend's series it's easy to see why this is a big one for the opponent. For one, the A's are 7 1/2 games back and have the opportunity to almost cut that in half. These are the types of series that you read about as "statement games" if things go right for the underdog. Secondly, while there's still a lot of baseball to go, there's really no time like the present to make their ascent if they have one in them.

After this chunk of AL West-y goodness, the Rangers don't really play another block of AL West games until the last half of September. If a true challenger is going to emerge, it has to start happening quickly. Here's where it gets tricky, however. In addition to the possibility to being down only 4 1/2 games, the A's could--and probably more easily--find themselves down 10 1/2 games by Friday. That's a huge swing. These are the types of series that can end a season.

Here's why the series is big for the Rangers. More often than not, in a series such as this, because technically it is just another series after all, a team will win two games and the other team will win one. If that happens in this series the Rangers will be up 6 1/2 or 8 1/2 depending on which team wins the two games. The sky is not falling in a 6 1/2 game scenario A and I'd probably just be writing about a third consecutive second place battle four days from now if an 8 1/2 game scenario B plays out. But there are those instances where a team wins all three games in a series. I don't think I need to explain why a Rangers sweep of the A's would be big for the Rangers, but if the A's sweep the Rangers, while not a reason to panic, it will certainly provide a new challenge with a new challenger.

You'll hear tales of 1996 and the 9 game September lead that fell to 1 before the ship was righted. You'll float repressed memories of sweltering summer collapses. You'll read of six or seven game losing streaks to fall out of the race. This series is big for the Rangers simply because while they probably should feel comfortable about their chances of playing in October, they still have to win the baseball games. At the first sign that they might not win them, it's going to get scary.

The simple solution is:

I'll admit it. I had written off the A's completely. I haven't paid much attention to them from about mid-June until about a week ago. I still don't think they're going to find themselves back in the race. I don't know what that says about this race, if it says anything at all. I mean, who am I? I'm nobody to declare anything. But, if the A's are practically written off in my mind, then so are the Angels. If the Angels and A's are both written off, well then... I guess I'll just let my imagination run wilder than a Vlad first-to-third attempt that only a broadcaster could love.

However, I do think that there's a good chance that the A's are a more dangerous team than the Angels. They've actually been the better team. Their pythag has them a game better than they've performed at 51-47 whereas the Angels (surprise!) have a pythagorean W-L record of 49-52. The A's are much better defensively going by defensive runs saved. The A's are much better offensively going by RAR. And the A's are only slightly worse at pitching going by RAR. The sum of the parts are in the A's favor, however. They're just a better ballclub.

I expect the Rangers to do well in this series because they have favorable match-ups, but if they lose this series, I won't be surprised. I also won't be too worried about it, either. For once in my post-1999 Rangers fandom life, in any season that didn't end already by May, and while the team should play them all like they're big, the Rangers are in a position where we don't necessarily have to sweat every loss. They will all be frustrating and horrible, mind you. That's the kinds of fans that we are. But for once, each loss isn't going to be a little individual end of the world. 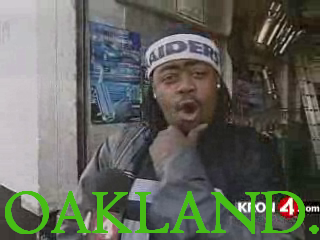