These guys again? I thought the Rangers already put them to bed. Now I guess they have to tuck them in and turn on a night-light. To think we used to concern ourselves with meaningful games against the Angels. While that had its novelty and charm, we're nearing a time where the Angels will no longer be of concern. Like last time, let's look at some series scenarios to give you an idea as to why they're going to be crying for mom and dad to come check for monsters under their bed.

This series can play out in one of four ways:

I'll be honest, neither of the first two should worry us all that much and the second two will only confirm what is becoming clearer and clearer. The Angels are trying their damnedest to slip off into sweet slumber for dreams of 2011. I'm not saying I want anything to do with the Rangers getting swept by the Angels because then they might believe somehow that they still had something of a chance. The scary claws inching closer as they pulled the covers over their eyes were just shadows playing tricks on them. No, if it were up to me, I'd just prefer the monster to be real and for the Rangers to gobble up the Angels for good.

Not that it's going to be easy. As mediocre as the Angels are now and have been as a team, they're bringing the big boy artillery for this weekend series. Ervin Santana, Dan Haren, and Jered Weaver are unquestionable their best starters now that Joel Pineiro is out. Weaver and Haren are 1-2 in season WAR for the entire team. Santana is 5th on the team in WAR and he might pitch better against the Rangers than any of the three. The Rangers don't get a Trevor Bell or Matt Palmer or whomever the Angels are going to be wheelbarrowing out there as their 4th and 5th starters.

The fact that pitching match-ups are critical to the overall odds of success in each individual series ties into something we have discussed about how the Rangers have a perceived "cupcake" schedule. While it is true that facing the AL West, especially the Mariners and Angels, makes it a little easier to maneuver this season than if the Rangers were a member of the AL East. A lot depends on who is scheduled to pitch.

The Rangers continue to have to face the Weavers, Harens, Santanas, Felix Hernadezs, Trevor Cahills, Brett Andersons and Gio Gonzalezs of their division. That changes the complexion of just proclaiming a series as a cakewalk. Along with those in-division quality pitchers, the Rangers have actually faced quite a few series where they have matched-up with a team's rotation front-end. Just because the Rangers fared well against the Brewers, Marlins, and Astros, teams considered weaker, and part of the reason the Rangers have the stigma of playing more lesser opponents, doesn't mean they did so without having to face Yovanni Gallardo, Josh Johnson, and Roy Oswalt. If the Rangers do play meaningful October baseball, they will have earned it. 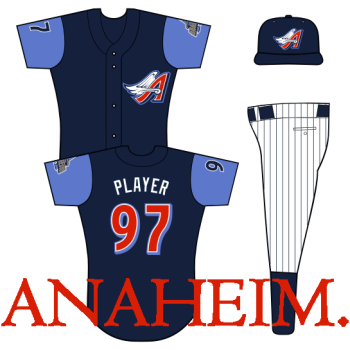