Once upon a time way back in the forgotten times of April 2010, a young, foolhardy ghostofErikThompson emphatically made predictions on which teams and players would be prosperous in this grueling meat-grinder known as a baseball season. Not all of his prognostications were so terrible. He thought Josh Hamilton would win the AL MVP award, for example. An event that becomes more and more likely by the day. He favored the Texas Rangers in a tightly contested AL West race. That pick being the one he would most like to be correct about.

But when predictions are bad, they're really bad. Like C.J. Wilson as an All-Star bad. He understands baseball often allows for surprises so he allowed for surprises in his predictions. For this, he missed gravely. His instinct was that one of the division winners would be a team that no one expected. He didn't suspect it could be the Padres. He listed them as the second worst team in baseball behind the Astros. No, instead, his big surprise was the Cleveland Indians. They would march to glory in a sagging AL Central propelled by Choo and the gang, he assumed. In reality, with the possible exception of the Baltimore Orioles, Cleveland is the worst team in the American League.

The lesson here is to never count on Cleveland.

Statistically, the Orioles are a little bit worse than the Indians. But, perhaps the slight difference in numbers can be attributed to the fact that Baltimore plays in the mighty AL East and Cleveland doesn't. Besides an above average team defensively, the Indians' bright spot, their best unit, is their starters, and their ranked 24th best in baseball. They're an awful, awful team who should thank their lucky stars that the Pittsburgh Pirates exist or they would hold the title of laughingstock.

It almost feels like I'm telling you a lie when I say the Indians had Victor Martinez and Cliff Lee (CLIFF LEE!) at this point in the season just one year ago. A year before that, they still had CC Sabathia. A year before that, Grady Sizemore's health wasn't always an issue. And Travis Hafner was still hitting (barely). And Fausto Carmona wasn't just getting courtesy selections to the All Star Game, he was actually awesome. And a World Series trip was about three and a half months + 1 game away. Windows of winning in baseball close quicker than you think. 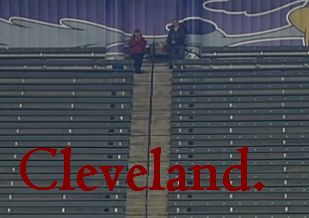 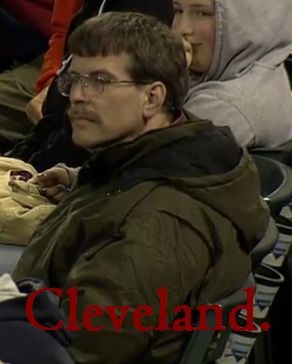