There's a pretty decent chance that sometime in October the Rangers will be back in Florida playing these Tampa Bay Rays again so in case you were grateful that there would only be three games in that abomination of a stadium known as Tropicana Field this season, too bad. If the Rangers playing in front of sellout crowds at home against the upper echelon of the AL East felt like a playoff warm-up, this series could very well be a preview of what we'll be seeing come October. After all, as the saying goes, if the season ending today...

If the season ended today, the Rangers and Rays would be the match-up in the ALDS. The Rangers would have the home field advantage but they would venture back to the Trop one more time before the season officially ended. Baseball played in a warehouse would never feel so right. Of course, the season doesn't end today and there's a lot of baseball left, but I'm confident that the Rangers will be there in October. The Rays have a really good shot at it as well. They're one back of the Yankees in the East and five up on the Red Sox in the Wild Card. They're more likely to win the East than not make the playoffs.

However, games against teams like the Rangers are big for the Rays because, while the Rangers have a lead in their division that affords them some peace of mind, the Rays can't afford to lose ground on the Yankees and have the season end with them facing the possibility of having to play the Texas Rangers, at the Ballpark, in the playoffs.

As far as pitching goes, Cliff Lee versus David Price is game-one-of-a-playoff-series caliber. It's a good benchmark game. It doesn't mean if the Rangers lose tonight that they're destined to fail in the playoffs and it doesn't mean if they win tonight that they're a shoo-in for October success, but it's exactly the kind of match-up you can expect to see in a playoff series and that makes it fun to watch and daydream. AccuScore puts the Rangers at a 58% chance to win the opener. It's fun knowing when the Rangers put Cliff Lee on the hill, against nearly any opponent, in pretty much any ballpark, against practically any other starting pitcher, you can probably count the Rangers as the favorite in that game.

For the remainder of the series, with the possible exception of Jeff Niemann if he gets healthy, the Rays are probably rolling out the three guys they would open a playoff series with. The Rangers aren't. Tommy Hunter and Derek Holland are more likely to be battling the rest of the season to seize the number #4 spot in the playoff rotation. And while that puts the Rangers at a disadvantage, especially since they are playing on the road, without Ian Kinsler, and with a slumping Vladimir Guerrero, and a hobbled Nelson Cruz, the Rangers aren't huge underdogs in these games. Just as the Rangers being favorites with Cliff Lee on the mound against David Price at the Rays home ballpark, the Rangers #4 and #5 starters against the Rays #2 and #3 would probably see the Rangers win those games individually 40%-45% of the time. 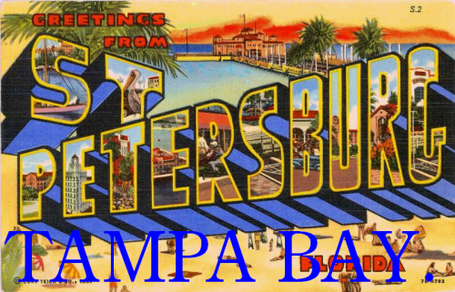