Now that the Rangers are back home and most recently survived the AL East, it's time to evaluate the pennant race. The Rangers are up 8 games in the AL West on both Oakland and Anaheim with each of those two teams teetering at the .500 mark. So, the pennant race is more of a four-man foot race with one of the contestants sprinting toward the finish line while one of the other runners is practicing speed-walking for a Mall Fun Run next weekend since he dropped a lap behind, another has stopped to play Frisbee golf with some bros in the park, and the last place runner dropped out of the race before the first lap was over because his Irritable Bowel Syndrome suddenly acted up. This is to say, there is no race. Unless the Frisbee golf guy finds a jet pack in the bushes and the front-runner near the finish line trips on a poorly discarded Gatorade cup, the race is a foregone conclusion.

That race was just a tune up, now the real race heats up tonight against Minnesota. In what is quietly a huge series for the Rangers, perhaps one of the biggest of the season, the Rangers are facing the Twins with an opportunity to gain ground on Minnesota in the race to have the second best record amongst AL division leaders. As I've mentioned before, this is important because it means home field advantage in the first round of the playoffs. The Rangers are currently 2.5 games worse in the standings than the Twins. In a series where you either gain a game or lose one each night, it becomes pretty important for the Rangers to do well with the Twins in their home ballpark. After this series we'll have a pretty decent idea as to whether the Rangers still have a chance at opening at home in the playoffs.

Practically ever website I've checked has a different story as to who the Twins are running out there to start over the next four days and in what order. The best I can tell, Blackburn is assuredly going Monday and then Liriano could pitch any of the next three games after that but most likely Tuesday or Wednesday. Regardless, the four starters should be Blackburn, Liriano, Pavano, and Duensing. The good news here is the Rangers miss Scott Baker who has been pretty good this season, and since Kevin Slowey nearly no-hitted himself to the DL, the Rangers get to face Nick Blackburn. The bad news is Pavano and Liriano are a pretty good one-two punch. But, had Liriano matched up against Harden on Monday, as originally reported, the Rangers probably would have had a difficult task in winning that game. Now that the match-up is Blackburn vs. Harden, the Rangers might actually be slim favorites. It's funny how baseball works.

Of course, I'm sure Colby Lewis isn't too fond of the idea that he gets to take the mound opposite of Liriano if it turns out that Liriano goes Tuesday. Colby Lewis has run into some serious bad luck in terms of the luck of the rotational draw and run support. If he happens to have to pitch on Tuesday with his counterpart being Liriano, well, there's pretty good odds that the run of bad luck will continue. However, if he is matched up with Pavano, the Rangers would likely be a slim favorite again simply because they're the home team. Carl Pavano has pretty much been the Minnesota Twins' Colby Lewis. Unfortunately, the Rangers can't dodge the bullet known as Francisco Liriano forever in this series. If he goes Wednesday, he'll match-up with a red hot C.J. Wilson. Even though C.J. has been pitching well, he would still be a considerable underdog in this match-up.

The fourth game of the series looks like it will be Brian Duensing vs. Cliff Lee. Cliff Lee will be looking to bounce back from perhaps his worse outing of the season against the team Baltimore team that seems to wear Cliff Lee kryptonite when facing Lee. Brian Duensing is interesting because he's sort of like the Twins' Tommy Hunter. He's a guy that has spent the last couple of years coming out of the Twins bullpen only to start some games in the second half and win ball games. He doesn't K a lot of guys, only 5.12 per 9, and he has been pretty lucky with a .249 BABIP, but he does currently have a 3.48 FIP so it will be interesting to see how much of his success is a mirage the longer he remains a starter.

Overall, the Rangers should be favored slightly in the first two games, then considerable underdogs in the third game, and the favorite in the finale. Of course, that's with the rotation probables still pending. So, regardless of the match-ups, the Rangers still have to go out there and beat a very good Minnesota Twins team. Everything considered, I'd be happy with a split, ecstatic with anything more, and pretty bummed out at anything less.

Back in May I wrote this about Justin Morneau:

Nelson Cruz is having a once-in-a-career kind of season. If he can stay on the field, he has a chance at having one of the best seasons by a Texas Ranger ever. And yet, up to this point in the season, Justin Morneau has been like Nelson Cruz if Nelson Cruz were also Lou Gehrig. Let me rattle off some ridiculous Justin Morneau numbers:

Basically, Justin Morneau has been so good, he's been worth the best player in baseball with an Ichiro Suzuki or Adrian Gonzalez left over. Simply amazing. If he were to play as well as he has so far for the rest of the year, he'd end up with the 27th best season ever based on OPS. Of course, his BABIP is currently at .431 so the odds of that happening are pretty slim, but regardless, Morneau has been ridiculous so far.

Well, take pretty much all of that and apply it to Josh Hamilton now. Justin Morneau, while injured right now, is still having a great year, but it is Josh Hamilton, along with Detroit's Miguel Cabrera, who is having the crazy great season. 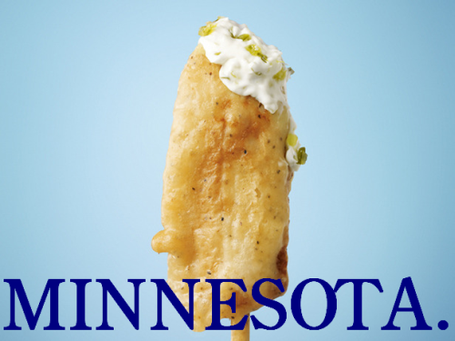