Let's think back to late April of this season, April 30th, in fact. The Rangers were 10-12 and in 4th place in the AL West. Ian Kinsler hadn't even had an at-bat yet on the season though he was expecting to debut that night. The Rangers were playing small ball nearly every night just to try to hang on until the team was healthy. Word came down that as Kinsler was almost ready to go, Nelson Cruz had hurt himself. The Rangers season could have taken a much different turn at the fork in the road that was April 30th 2010.

The Rangers were beginning a three game series against the Mariners at Safeco that night. The Mariners were 11-12 and looking to make a push on the season after a tough April themselves. They were finally healthy and looking to surge. Perhaps you recall the game that happened that night. It was filled with intrigue. Cliff Lee was making his debut on the season as well. He was still a Mariner then. He was opposed by Colby Lewis who had pitched well so far in his handful of starts.

In the bottom of the 11th the Mariners had the bases loaded with one out facing Frank Francisco when a suicide squeeze was called. It seemed like a pretty safe bet the end the game. Ichiro was the runner at third and Eric Byrnes surely could nick a ball enough into the ground to allow the winning run to come home. Only Eric Byrnes didn't try to bunt the ball until Ichiro was half way to home and the ball had been rolling around on the ground for a second or so. It was weird. Ichiro was out. Then Byrnes struck out. In the top of the 12th the Rangers scored two runs on a wild pitch and a ground out. That was that. Rangers 2, Mariners 0.

The Rangers would go on to sweep the Mariners, over-take 1st place in doing so, while the Mariners slipped into last place and have stayed there. Other ramifications from that game saw Eric Byrnes ride a bicycle out of Safeco instead of answering questions about his failed bunt attempt and days later getting released from the club. He then retired from baseball and joined a softball team. It's hard to say that winning that game put the Rangers on the path they've taken so far this season but it is one of those games we'll be able to look back on and think that maybe it helped them find where they were going on the map. And while it was just 1 in now 105 games, one wonders what would be different if the Mariners had won that game and not the Rangers.

I don't really have much to say about the Mariners that won't make me depressed or embarrassed on behalf of Mariners fans. So, instead, how about another trip down fun-times Rangers memory lane? Remember one year ago today? August 3, 2009, vs. Oakland, 2.0 IP, 0 H, 4 SO, 0 BB, 0 ER. Does it ring a bell? Maybe this will help:

Yes, Feliz debuted one year ago today. Seems like just yesterday that we were buzzing about Feliz getting called up to the big leagues, and yet, it seems like he's been a Ranger for much longer than a year. He now has 76.1 innings of big league experience cumulatively over these two seasons. In those innings he has a K/9 rate of 9.67 with a BB/9 of 2.33. His K/BB is 4.14. His WHIP over these two years is 0.867. That's Darren O'Day good at keeping runners off the bases. His cumulative one year WAR is 2.1 which is awesome for a relief pitcher. Sometimes I think Feliz gets overlooked or underrated. Maybe it's just because the novelty of a 100 MPH-throwing god in the bullpen has worn off or maybe it's because a closer in a rigid role can actually lead to devaluation. Or, it might just be me.

Sometimes I will read things about his velocity being down or his fastball has straightened out and the league is figuring him out and then I look at his stats and he's still that same guy we saw a year ago. He's dominant. He's a major reason why this team is successful and will continue to be successful in the future. Whenever you think for a moment that Feliz is being wasted, or perhaps isn't as good as you remember, just watch that .gif above and remember that this year's Feliz is still the same guy. Neftali is still the heat-throwing bullpen god. Only he isn't a novelty anymore. He is, dare I say, proven. There's something about that that is even more exciting than the honeymoon of the unknown. 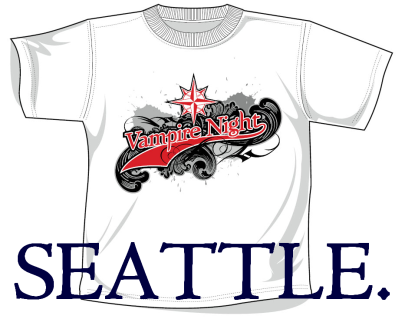 I know of one young man struggling to keep a stiff upper lip.