Share All sharing options for: Series Preview: Texas Rangers @ Oakland Athletics - How The West Was Won?

This three week long AL West carousel is coming to a close not to be reopened again until mid-September after this weekend's series. Make sure you reserve your seats. Since July 22nd, the Rangers have played nothing but divisional opponents in what was considered a crucial segment of the season's schedule. So far the Rangers have gone 8-5 and have seen their lead in the West swell from 5 games to 8 1/2. I'd say that's a pretty good way to maximize on "crucial." The Angels in this stretch have gone 3-10. They've seen the number of games they trail in the West double from 5 to 10. They're done. So now, we're left with the A's. In this stretch they've gone 6-6. They're treading water.

However, if you check out Robbie Griffin's Series Expectations, you'll notice the A's are slightly favored in this series (We're talking fractions of percentage points, but go along with me here). The problem for the A's though is a sweep at this point would ultimately be the only thing that can put a dent in the Rangers lead enough to make the race interesting again and sweeps don't happen that often. I wouldn't expect to see a sweep in this series for either team considering the pitching match-ups. So unless a nearly 1 in 10 shot falls for the A's, and they sweep, the Rangers go home to face the Yankees and Red Sox with their nearly insurmountable lead still intact.

Trevor Cahill has been good, it's true. I've heard talk though that's he's reached top 5 starter in the AL status. As a Rangers fan, I could see how that thought process might come about. He's murder on legs against the Rangers. He is a top pitcher in the AL against the Rangers. But against the entire league, on the season, his numbers are filled with Tommy Hunter-esque deception. He is currently sporting a FIP of 4.16. And when you marry that FIP to his ERA (2.72) you get an ERA to FIP that is second worst in all of baseball at -1.44. He has a BABIP of .206 and a K/9 of only 5.23. I have a hard time believing this kind of success is ultimately sustainable with those numbers.

I do suspect he'll pitch well again on Sunday for the third time this year he's faced off against Colby Lewis. And I also suspect he'll continue to improve and perhaps someday be one of the better pitchers in the AL. However, I don't think he's one of the best in the league right now. On his own team, on the season, Dallas Braden and Gio Gonzalez have pitched better than Cahill. You know, except for when he pitches against the Rangers.

That's right, 98.7%. The Rangers might be more reliable than birth control at this point. 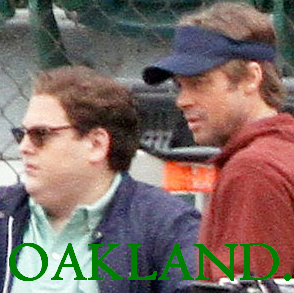