Now that the script has practically been written, your Texas Rangers will likely be spending their first week in October in New York to play the New York Yankees, again, in the ALDS. Therefore, this three game series against those Yankees is pretty big. It's not big in the traditional sense of being important to the standings (although the Rangers could do damage to the AL East lead and help position themselves to open post season play in Tampa Bay) but it's important. It's important in those ways in which we can't measure. We're in that fun-zone now where you hear things about intangibles and mental victories. How much you buy into that is probably proportional to the length of eye roll you just made when reading about them. So, how does a series matter greatly if it doesn't matter much at all? It's all about appearances.

Regardless of the fluff, we've got a weekend September series against the team the Rangers have only always played when they've been good enough to play more baseball after the regular season is over and likely the same team they'll see again. The Ballpark is going to be packed. It's going to have an atmosphere of a trial run. It's big because the Rangers are going to have to beat this Yankees team if they want this season to continue. Not this weekend, exactly, but soon.

One month ago exactly the Rangers split an exciting two game home series against the Yankees. One month from now exactly, barring a monumental collapse, the Rangers will be playing Game Three of the ALDS at the Ballpark. Does three games a month before it matters matter? It does probably more for the Rangers to make themselves believe it is possible than it does for the Yankees whom likely assume their birth-righted championships. After this weekend the Rangers won't play the Yankees again until October if things stay the way they're heading. I guess this is what they call statement games.

Going into a series that means more mentally than probably anything else, you have to like the fact that the Yankees are throwing the bottom of their rotation out there. However, frankly, now that Phil Hughes is struggling and Andy Pettitte is injured, there's a lot of bottom to the Yankees rotation past CC Sabathia. I'd wager that if this were October, there's a decent chance the Rangers would face Vazquez and Burnett anyhow. So while you might say, sure, the Rangers are playing the Yankees but it isn't a true test because they aren't pitching their best starters, that might actually not be true. And while Andy Pettitte might be healthy by the time more important games roll around and Phil Hughes might be pitching better then, right now, these guys going for the Yankees are their 2s and 3s.

Here comes the bad news, the Rangers will be facing the Yankees offense. That is truly a true test for anyone. The Yankees have far-and-away the best offense in baseball. So it will be interesting to see how the Rangers staff performs. Both C.J. Wilson and Cliff Lee are going to make playoff starts, probably against this Yankees team, and Tommy Hunter is pitching every game almost as an audition to do the same, I'd imagine. Elvis Andrus is back starting tonight, Josh Hamilton might be back at some point in this series, and Cliff Lee is supposedly healthy again. So, if you like playoff previews, much like the ones we've been thinking we might have been seeing for the last couple of months, well, this is pretty much as close as they come. 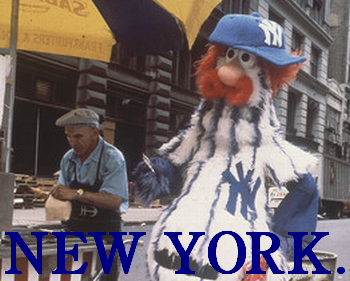