Share All sharing options for: Series Preview: Detroit Tigers @ Texas Rangers - One More Before The West

Two days from now the Rangers will have an off day before heading to Seattle. They will play the Mariners, Angels, and A's before coming home (likely as AL West Champions) to play the Mariners and a season finale season series with the Angels. That means two things. HOLY COW THE SEASON IS ALMOST OVER and HOLY COW THE RANGERS WON'T PLAY ANOTHER NON-AL WEST TEAM AGAIN UNTIL THE PLAYOFFS AND THEN NOT AGAIN UNTIL 2011. I think about this season and it seems like it has flown by but then I think about things like the McGriddles game in Cleveland and it seems like a lifetime ago. I mean, Matt Harrison was in the rotation then. Ryan Garko was the starting first baseman that day. Cliff Lee was still a couple of weeks away from debuting in Seattle. Justin Smoak was still a week away from debuting in Texas. His debut? April 23rd at the Ballpark against Detroit of course.

It's been a long, strange, weird, awesome, draining, amazing, confusing, sexy, and hilarious season. And it's weird that this meaningless, except for Magic Number watching, series feels like such a milestone. No more AL Central and no more AL East. After Wednesday, the Rangers head out west and the next time they face a team from outside their division it will be the first time they've done so in a little thing we call MLB Postseason since 1999. It feels like reality is getting ready to sink in.

Porcello and Bonderman have probably been the Tigers third and fourth best pitchers this season and neither of them are left-handed so the Rangers should have a decent opportunity of defeating them. AccuScore, for example, has the Rangers winning tonight's game 54% of the time. Considering the Rangers are the home team, that might seem low at first glance but while Derek Holland has pitched well his last couple of starts, overall for the season, Bonderman has been more valuable and a slightly better pitcher. However, Derek Holland is trending up (a 1.59 FIP in Sept.). As for Porcello, he's trending neutral since July where he's had a FIP of 3.98, 3.92, and 3.96 for those months which is remarkably consistent. However, so far this month, his BABIP is a season low .208 so he might be due for a regressive start.

Colby Lewis is better than Rick Porcello and even has himself a win for the first time in seemingly forever. It would be nice for that to become a winning streak. Colby interestingly enough, has a September FIP of 6.49 after FIPs of 3.64 and 2.98 in the months previously that he didn't win a game. Baseball is weird.

Julio Borbon's fancy .393 BABIP is assisting him in having a productive start to the month. Julio has his second best wOBA of the season at .357 (his best was his crazy .385 June). Perhaps contributing is the fact that he is striking out less (a best since May 12.5 %) even though he hasn't drawn a single walk this month. Whatever the case may be, if Julio can remain hot into October, the Rangers won't have to worry about what to do in centerfield.

On the flip side, Elvis Andrus' BABIP is at a season's worst, by far, .158. However, he's taking walks at his best pace since April at 14.8 %. He's having practically the exact opposite month that Julio Borbon is having. Baseball, again, is weird. 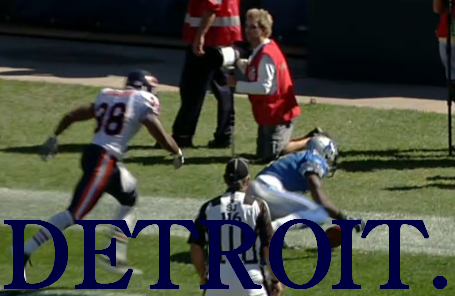