The Rangers are going to be playing a home game as American League West Champions. Everything from here until October 6th is delicious, delicious gravy. Sure, you might want 92 games while finally getting over that 19 games above .500 hump while building some momentum toward the playoffs. Or maybe you'd to see the Rangers make sure Vlad, Kinsler, Michael Young or Nellie gets a couple of days to rest before throwing themselves into the fray at 100% intensity again. You'd probably even see some novelty in getting to 11 games up in the division for the first time in franchise history. And I'm even willing to bet you'd love to see Josh Hamilton play a game or two before games mean something again. But ultimately, the Rangers are playing out the string and for the first time in 11 they are playing out the string as a victory lap and not a death march.

Here are the two things you need to know about this series:

1. The Rangers are starting Scott Feldman and Rich Harden in two of the three games.

I think that sums it up pretty well. 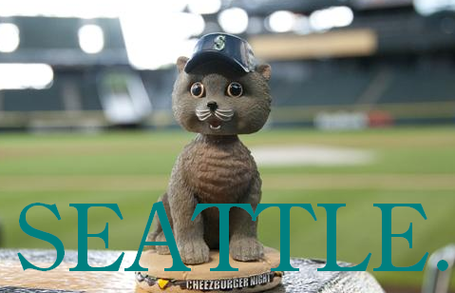