I have to be up front and say, I don't know that I expected to write a World Series preview again so soon. I did have high hopes for this season following the greatest season we had ever seen. I suspected the Rangers would return to the Postseason again this year. I believed throughout the summer that the Rangers would win the West. So, it shouldn't be too much of a surprise. And yet, the Rangers returning to the World Series seems like such an enormous feat. There's a heck of a lot of validation in this World Series appearance.

Before the season began, I bought into the Red Sox. During the season, as always, I worried about the Yankees. As we approached watching playoff baseball again, I noticed the runs the Rays and Tigers were on. While I did believe in these Rangers, I've never stopped believing that the Postseason is something of a crapshoot, only for the reasons you've read now dozens of times: Short series against very good teams. So while I believed in these Rangers, there was always the probability that they wouldn't get this second chance. It's just so historically difficult to do. But that's why this one feels so special. There were plenty of opportunities for it to go wrong. There was every opportunity to say, "Well, they did make it once in my lifetime."

When should we have expected 2010's other shoe to drop?

It could have been any of these moments. And yet, the Rangers are back in the World Series just one year from when it was so amazing that they had finally made it. It's not any less amazing this time. But it is different. Last year was about being relevant and creating memories for a franchise that had none. Last year was about being happy to be on baseball's biggest stage. But, as Josh Hamilton so aptly put it, "We expect to win it this year."

One last thing: I don't know if the Rangers will win this World Series. But I do know that this is the greatest Rangers team we have ever had the privilege of watching. Yes, even better than the 2010 Texas Rangers which is part of what makes reaching the same peak as a team we held so dearly last year so special. So, win or not, this has been one hell of a sandwich.

Here's a breakdown of the pitching match-ups for the Rangers vs. Cardinals in the 2011 World Series:

Advantage: C.J. Wilson bouncing back to be the Rangers' ace over Chris Carpenter's inflamed expectations

Advantage: Jaime Garcia being stealthily pretty good over maybe Busch Stadium will keep the ball in the park for Colby Lewis

Advantage: Dutch Stache over Edwin Jackson looking forward to whichever team he plays for next year

Why The Rangers Won't Win: Because, with their ability to score runs, the Cardinals actually play baseball the most like an American League team of the National League teams and they do it in a grotesque run suppressing environment at Busch Stadium. If it seemed like Miguel Cabrera had gotten into the Rangers head, what's going to happen with Albert Pujols comes up to the plate for what will feel like dozens of times per game? Also, let's not forget that because that one counted, the All-Star game awarded a Wild Card team home field in the World Series.

Why The Rangers Will Win: Because, as I've said every round now (how fun!), the Rangers are the better team. It's possibly closer this time than it has been all postseason, but the Rangers are still better. The Rangers finished with a 96-66 record with a run differential of +178 which means they played like a 98-64 team. The Cardinals went 90-72 with a +70 run differential which was good for a pythagorean W-L of 88-74. Essentially, the Rangers were about ten wins better than the Cardinals over 162 games. Now the Rangers just have to be better four times out of seven. 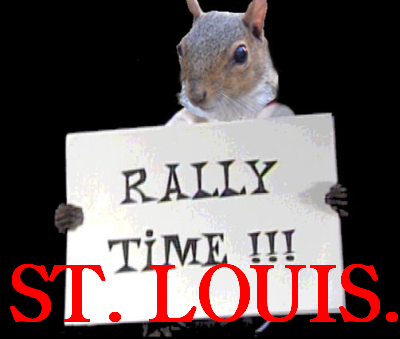 St. Louis' Recent Results: Defeating the Brewers 4-2 in the NLCS