Share All sharing options for: ALCS Preview: Texas Rangers vs. Detroit Tigers - Come and Take It

The Yankees looked poised all season to meet these Rangers on the other side of the bracket in a rematch for the American League Pennant. One problem, though. The Detroit Tigers don't seem to care about the poetry of a modest alignment. The Tigers eliminated the Yankees in a fantastic five game series and come to Arlington ready to fight for the Pennant regardless of the fact that it isn't a perfect parallel any longer. For the Tigers, this is the right sequence of events.

I wrote after the final game the Rangers played against the Tigers this season on August 4:

The Rangers will not play the Tigers at Comerica Park again until October at the minimum. This is my favorite time of the year.

I wrote that because I once wrote this in June 2010:

On September 11, 2007, back when the likes of Fast Freddy Guzman, Jason Botts, and Mike Wood were Texas Rangers, the Rangers beat the Detroit Tigers 13-6. Since that day, over 34 months ago, the Rangers have not won again in Detroit. The Rangers have lost eleven straight games at Comerica Park, in fact.

Things have only gotten marginally better since that 11 game losing streak. The Rangers improved to 4-5 at Comerica over the last two seasons. That's still 4-16 in Detroit in a little over four years, folks. But for all of the fretting over those past failures at Comerica, the simple fact is, those games simply don't matter now.

How many of those games were played in Detroit with this year's best team healthy/available? I think at best you can say one. And that one time? The Rangers beat Justin Verlander. When the Rangers played in Detroit in April, the bullpen was much different than it is now, Dave Bush made a start in that series, and Josh Hamilton injured himself early in the game after that win against Verlander. When the Rangers played in Detroit in August, Adrian Beltre had just injured himself and was out of the lineup. Throw those games out. They don't matter. This Rangers team can win at Comerica because this Rangers team is good at baseball.

After last season, when the Rangers manhandled their postseason tormentors in last year's American League Championship Series, addressing years of playoff failure at the hands of the Yankees, the Rangers get a chance to exorcise another ghost. The Rangers now stare down a place in history not seen outside of New York since the days the Blue Jays were winning back-to-back champions in Toronto in '92-93 -- the Rangers have an opportunity to represent the American League in the World Series for a second consecutive Fall Classic. And to get there, they must defeat a Tigers team at a stadium that sometimes seems to mystically have their number.

Perhaps there's perfection in this variation to the story after all.

Here's a breakdown of the pitching match-ups for the Rangers in their attempt to defend the American League Pennant against the Tigers:

Advantage: Justin Verlander over nearly anyone but don't sleep on C.J. Wilson

Why The Rangers Won't Win: Because people like Justin Verlander and Miguel Cabrera exist.

Why The Rangers Will Win: Because C.J. Wilson is pretty good too, baseball media. Remember? You guys think he's going to be a Yankee next season. Yeah, that's that guy. Also, once again, the Rangers are better than their opponent. And while that doesn't mean as much in a short seven game series, it means enough here. 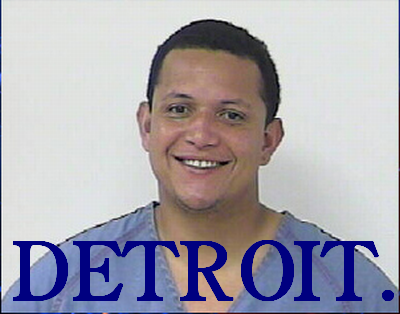 Detroit's Recent Results: Defeating the Yankees 3-2 in the ALDS