Much like the struggling Texas Rangers, my Internet service has been going out for the last few days so we'll keep this one brief.

The Rangers are somewhere that they haven't been in since June 7th of 2010. The Rangers are in second place. I don't know about you, but I had gotten used to seeing the Rangers on top of the division and hadn't considered a reality where they wouldn't be there. Yet, here we are. Let's think back to June 7, 2010. On that evening, the Rangers were bested 4-2 by the Cliff Lee led Seattle Mariners. Lee shut the Rangers out over eight innings before allowing two 9th inning runs only to squash the late rally and doom the Rangers to looking up at the Anaheim Angels.

During that game much of the attention wasn't on the Rangers' slide back to second place, but was on the fact that the Rangers had just completed what was considered to be a cheap first day draft. In part due to the ongoing team sale and lack of funds therein, the Rangers selected Jacob Skole, Kellin Deglan, Luke Jackson and Mike Olt much to the chagrin of the amateur scout in all of us and to the blackout insanity of others. Of course, we see now, in "going cheap," the Rangers also were picking players that might have been underrated due to late injuries or a traditional lack of scouting in the player's area. It wasn't, and still probably isn't, the best case scenario, but now, less than a year later, there's upside and value in most of those early picks. And then there's Mike Olt who might be putting his name on the top 100 prospect map this season.

Also, one day later, the Rangers regained the division lead. The team then went onto win 15 of the next 17 games and essentially ran away with the division. So, if June 7th, 2010 is a day we're going to remember as the last time the Rangers were in second place, it's worth noting it could very well have been a turning point for the franchise. Now with the Kansas City Royals in town for a series, I look forward to seeing how the Rangers handle the challenge of second place once more. 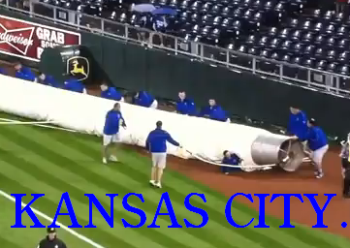