So what do you want me to say here? Yes, the Rangers have been hurt by getting hurt. That 9-1 start is a memory that seems to fade with each day. Right now, it seems about as vivid as an episode of ALF. It's hard to understand just what kind of Rangers team we're watching here simply because several of the Rangers we expected to be watching have been out on the disabled list. And while it's true that the Rangers aren't getting the production from other players that have been counted on to step up due to the injuries, you can't just lose your entire Opening Day outfield, closer, late-inning sidearmer, and #3 starter, like the Rangers did, without feeling the pain in the standings.

Tommy Hunter's groin and The Starting Outfield that Wasn't can be traced back to a lot of what's wrong with this team at the moment. With Hamilton out, David Murphy has been exposed to a slow start to his season once again. With Cruz out, Mitch Moreland has been cooled by a tweak of his own by playing the outfield. With Borbon out, Craig Gentry and Endy Chavez exist. With Tommy Hunter out, Alexi Ogando isn't in the bullpen and instead Darren Oliver and Cody Eppley have been setting up an ineffective Neftali Feliz. When Endy Chavez and Cody Eppley are a part of the story, something has gone wrong.

It's hard to blame it all on injuries, however. We knew this was going to be a team that would need a lot of depth because injuries are just a part of what to expect with this roster makeup. And I don't want to say we've seen the worst case scenario or even the worst of the injuries, (I'm literally punching some wood at the moment) but we've seen a heck of a lot of missed games by important pieces and it has negatively impacted this young season.

But, there is good news. Even with the unwanted excuse of injuries, the Rangers still lead the AL West. The Rangers are still above .500. And the Rangers are starting to regain the pieces that made them a favorite beginning tonight. Josh Hamilton Returns! The Boomstick Rises!

The Rangers have weathered a storm. Now it's full steam ahead.

It weirds me out that the Rangers have will have faced the White Sox five times after Wednesday and not once will they have matched up against Mark Buehrle. That just doesn't seem right. The Rangers will face Jake Peavy, (speaking of injuries), however. Peavy will be making his third start of the season for the White Sox. His first start wasn't great (6 innings, 4 runs, 7 hits, 4 strikeouts), but then he shutout the red hot Cleveland Indians while striking out 8 and had people buzzing about him looking more like the 2007 Cy Young award winner than the broken, abused pitcher of the last couple of years. The buzz could be because he currently has a 1.30 FIP and 2.60 xFIP, albeit in only 15 innings so far.

Though it's hard to say what the White Sox will get out of Peavy this season, mostly because pitchers are even more unpredictable when they're coming off of seasons of injuries, I've always been intrigued by the White Sox move to bring him over from the National League and then just kind of patiently waiting on him to get healthy again. Maybe it's the Rich Harden lover in me. Maybe it's the Brandon Webb hopeful in me. But Peavy is capable of going out there and having a dominant start, clearly. He's probably also likely to break down again. Either way, it's something to keep an eye on. Here's hoping he alternates his good starts with his mediocre/bad ones for now.

The Rangers went 15-21 without Josh Hamilton and 8-9 without Nelson Cruz in addition to no Josh Hamilton. I missed those dudes. 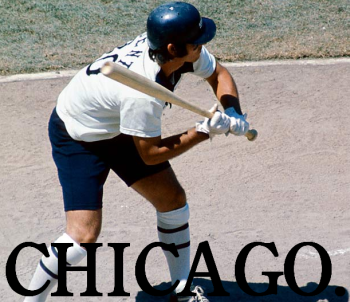