-A scene at home plate as Ron Washington and Joe Girardi exchange lineup cards before tonight's contest-
*Ron Washington extends his hand to greet Joe Giradi*
Ron Washington: Hey Joe! Whatya know?!
*Joe Girardi meets Washington's hand and they perform a firm handshake*
Joe Girardi: ...uh. Hi Ron.
RW: Let's see what we got here...Mark Teixeira? Robbie Canoe? These guys any good, Joe?
JG: ...heh. That's pretty funny, Ron.
RW: You playing that pesky ass white boy? Gardner? Kid is always messin' with us.
JG: ...If he's on the card, he's on the card, Ron.
RW: Where's my boy Chavy? Hurt himself or something?
JG: ...Yes. He was injured yesterday, Ron.
RW: Jeets, too? Where's DJ?
JG: ...We're just trying to get him some rest, Ron.
RW: I got ya. I got ya.
JG: ...Anything else?
RW: Yeah. Remember the last time your boys played here?
JG: .........
RW:

Remember 9-1? Those were good times. 6-14, less so. The Rangers have their excuses. There's been injuries. Boy have there ever been injuries. You know the list. The AL MVP gone for two months or more. The AL Rookie of the Year and team closer gone for a couple of weeks after topping out in the mid-90s on his once 100 MPH gift from God. The 8th inning guy is in the rotation. The new 8th inning guy was sent to Triple-A by mid-April. Then the replacement 8th inning side-arm guy had to have surgery. Then the even newer 8th inning guy was too wild so they called up the original 8th inning guy again because the guys they were using for the 8th inning were a couple of 40+ years-old lefties. There's been blisters and tight quads, lazy defense and poor hitting with RISP. It hasn't been all that fun to watch either.

But, believe it or not, there's still good news. While the Rangers fell into second place again last night, they're only a game back with all of the injuries, misfortune, and just bad baseball. And now the team is beginning to get healthy again which should lead to better fortune and better baseball. Because when this team is healthy, they look more like the 9-1 team than the 6-14 team.

Neftali Feliz returns tonight. Tommy Hunter is on his way in a couple of weeks if Matt Harrison continues to struggle or the team decides Alexi Ogando's fingernails can't take starting. Colby Lewis is starting to look more like 2010's Colby Lewis rather than 2003's Colby Lewis even if he's still allowing home runs. C.J. Wilson looks even better as a starting pitcher than he did last season so far. And the strength of the rotation through the first month was the back-end.

So, while we wait on Nelson Cruz's quad and Josh Hamilton's funny bone, it at least looks like the pitching is close to working itself out. Statistically, the offense hasn't even been that bad, it just seems like so far, they're not stringing together hits. That will come. And if the pitching is there and the bats start creating sustained rallies, I think we'll be enjoying baseball games again real soon.

Notable pitchers that Bartolo Colon has been better than this season (by xFIP):

In other words, PRACTICALLY ALL OF THEM.
What in the world? 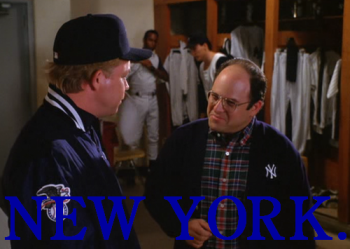