New, comments
By ghostofErikThompson@apoplecticfittz Updated May 9, 2011, 8:00am CDT
/ new

I'm just going to pretend the Rangers and Yankees played a two game series and yesterday didn't even happen.

However, if you want to read about it, here ya go:

T.R. Sullivan writes about the game and how, in addition to the game getting away from the Rangers, the team was frustrated with some calls by the umpires.

Randy Jennings of ESPN Dallas has his reactions to the game. They are probably similar to the ones that you also had if you watched that game.

Jeff Wilson's recap focuses on the struggles of the bullpen once again.

Evan Grant has a free piece about the current state of the Rangers. It's pretty morose. But the good news is, on all of these websites, you're only a click or two away from reading about the Mavericks!

If it's notes you're looking for, the DFW sports media has you covered.

Derek Holland is reading books now.
Ryan Jones contributed an update on how the Rangers' Top 10 prospects fared this past week to the DMN. Oh that Robbie Erlin.
Finally, when I was a kid, I had this 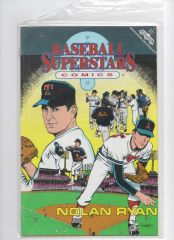 comic book about Nolan Ryan. In fact, I think it's still lying around in a box somewhere. But the thing that I always remember about that book is how in it, it tells this story about how Nolan Ryan used to have to buy pickle brine for his blisters when he was still a young pitcher. Like, in the comic book, it actually shows a drawn image Nolan Ryan with pickle brine. It was so weird. Well now that's Alexi Ogando.
I want an Alexi Ogando comic book.