It seemed like that May 30th-June 19th 17 game road stretch in 20 games was talked about forever. A season within a season. As you may recall, in that stretch, the Rangers went 10-10 and we considered that a reasonable success. Well now, the Rangers are in the middle of a stretch of games where they will play 16 of 19 games at home before the All-Star break and they have just finished up the three games on the road.

So far the Rangers are 5-4 in this stretch. I can't imagine anyone considers that much of a success consider two of those loses came against the Astros and the others were in a home series loss to the Mets. So, here we are with a ten game homestand before the All-Star break and the Rangers have an opportunity to put some distance between themselves and the rest of the American League West. Eventually, just saying that isn't going to be enough. The Rangers are going to have to start doing it.

Over these next ten games, the Rangers play opponents with the following winning percentages: .444, .449, 439. That makes up the third and fourth worst teams in the American League and here, now, 4th worst team in the National League. The Angels will finish up the first half of the season playing the Dodgers, Tigers and Mariners. Those teams have a combined .486 winning percentage. However, after the series with the Dodgers, that jumps to .509 and is comprised of the AL Central division leader and a team they just recently passed in the AL West standings.

So, with these final three games against the National League, to end the interleague portion of the 2011 season, the Rangers would be well served to put together a run. The schedule doesn't get any easier over the second half of the season than it will be over the the next ten games. We're reaching a point in the season where excuses will not suffice. The Rangers are nearing full strength. Darren O'Day will return any minute. Tommy Hunter will be back soon. Scott Feldman should put a merciful end to the Dave Bush experiment any day now. Mike Napoli is on a short rehab assignment. Chris Davis and Julio Borbon await opportunities.

The Rangers don't have to do particularly well over the next ten games to remain in contention. They're going to be in the division race all season regardless. But, with consistency, the Rangers have an opportunity over the next few weeks to make the summer a lot easier on themselves.

The Marlins were 5-23 in June. I can't even imagine how unpleasant that would have been to watch. Here's hoping they begin July 0-3. 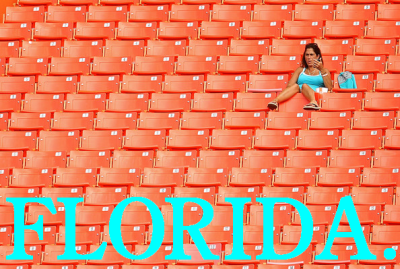 Rangers' 2011 Record vs. Marlins: Only the future knows