When I was a kid and decided that I liked the Rangers there was two things I was told by people who, unlike me, weren't on the ground floor of their Rangers fan life. Number one was that Nolan Ryan was the greatest pitcher of all time and was a living, breathing legend and I was lucky that I would have the opportunity to enjoy him. Almost all of that was true.

The second thing I was told, and this might have just been old Randy Galloway reprints in the Shreveport Times, was that the Rangers always, ALWAYS, won the first half of the season and then sat idly by as their lead melted away in the heat of the Texas summer. This seemed like a myth. It seemed like a myth mostly because the Rangers never really seemed good enough to even win in the first half of a season, either. Also, it can be hot in April in Texas.

In 1991 they were also tied for first on that date and it was actually, strangely enough, the only other day after June 1 that they were in first place. In 1994 they would have won their first division championship and played the Expos in the World Series had baseball not gone on strike. In 1995 they were tied, again. Even in this myth of leading at the All-Star Break the Rangers can't have sole possession.

In 1996 they won the division. Rangers, 1, the Sun possibly like 23. In 1998 the Rangers weren't leading at the break but went on to win the division. That Rangers team actually gained power from the heat. In 1999 they closed the deal. In 2004 David Dellucci was only one man. In 2006 the Rangers were tied for first. Five days later they lost the lead for good when John Rheinecker failed to beat the Baltimore Orioles. Maybe it isn't so much the heat but because the Rangers were counting on the likes of John Rheinecker.

In 2009 the Rangers led on July 10th by a half game. On July 11th, they were in second place. They would not see the top spot again. In 2010, though, the Rangers lead on July 10th and went on to play in the World Series. Take that, card shop owner who told me to prepare for second half heart-break.

In 2011, the Rangers are in first place. Whether they remain there is still unknown. But if they don't, it won't be because my uncle told me in 1991 that I should be a Royals fan like him since the Rangers never win because it's too hot in Texas in August.

The Mariners moved back the start time of the game on Saturday because they're honoring the 2001 Seattle Mariners team. This is my nightmare. As completely unique and interesting as that team is to look back on and dissect, it's likely that that year's Mariners team is my least favorite baseball team ever constructed. I certainly have never had less fun knowing a team existed.

Dave Barnett, do me a solid, if you have to mention why you have to wait five minutes to begin calling the game, please, don't start discussing it. Also, camera guys, no Brett Boone shots if you mind. I don't know if I could take seeing John Halama. Just go away, David Bell, you monster.

In 2010 Colby Lewis had a 4.4 WAR, which was good enough for 20th best in all of baseball and 9th best in the American League. By most standards, he pitched as well as a mid-to-low tier number one starter. And then he hit another gear in the playoffs where he looked like an absolute ace.

It's understandable that we had high hopes for Colby this season. And yet, he's gone from a 44.1 RAR in 2010 to 4.8 this season. That's easily the worst among the Rangers starters this season. For much of the season, Colby was in the negative or at actual replacement level.

In 2010 Nelson Cruz had a 5.2 WAR, which was good enough for tied for 23rd best in all of baseball and 11th in the American League. By most standards, though he battled injuries, he was the Rangers second baseball player last season. And when he got on one of his hot streaks, he carried the team at times. One example of that was playoffs where he hit six home runs, drove in 11 runs and had a 1.083 OPS. As good as Josh Hamilton, Ian Kinsler, and Elvis Andrus were during the playoffs, Nelson Cruz was arguably the best position player of last season's playoff run.

The Rangers aren't playing much worse this season than they were last season at this point. Perhaps the difference isn't so much that the Angels have a better record this season, though. Perhaps the difference is the Rangers second best pitcher and second best position player from last season have failed to show up this year. If the Rangers want to put some real distance between themselves and the rest of the AL West, it wouldn't hurt if Nelson Cruz and Colby Lewis find some of that 2010 magic. 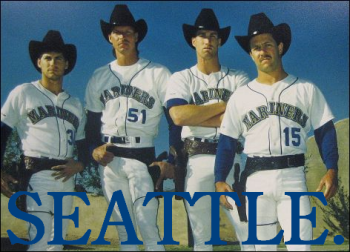