None of that seems all that surprising. The Rangers have been competitive in now three straight years, having led the American League West for a cumulative 321 days over those seasons, so it makes sense that they would have a superior record against their own divisional foes.

This season, however, the Rangers are 16-11 against the Central (a .592 clip) which is more in line with what you hope for from a team looking to contend with the best teams in baseball. Over the next two weeks, starting tonight, the Rangers play ten of the next 13 games against American League Central opponents. And while a few season's worth of random data doesn't really mean much of anything over these four games against the Twins, the opportunity to play against the American League Central is an opportunity the Rangers need to take advantage of.

It has come to my attention that Minnesota is the "Most Hipster State in the U.S." As judged by that deeply criteria, in case you were wondering. So, if you were curious as to what Joe Mauer was doing staring at you on the side of every thread, it's because he wants to make sure you see that he's silently sending you judgmental thoughts about how you didn't "get" that last Animal Collective album while wondering if he could squad down and catch in skinny jeans and if it would look cool enough to post on his tumblr.

Those boos in Minnesota for the Mauer? Totally ironic. They do the wave because hating the wave is lamer than doing the wave. There's a reason the Minnesota Wild's colors are basically the color of a plaid shirt. Is there anything worse (And therefore better) than lutefisk? Their football team wears purple and they don't care what you think about it. (But they REALLY want you to care about what they think about it!) The Lakers were better when they were the Land of 10,000 Lakers. Kevin Love was better when he was George Mikan. "You guys actually eat your walleye not from a stick? What do you use, your hands?" "Prince? *rolls eyes* P.O.S represents me."

Texas is middle of the pack when it comes to hipster-ness, according to that website, and held back likely only because Nolan Ryan doesn't put up with that mess. 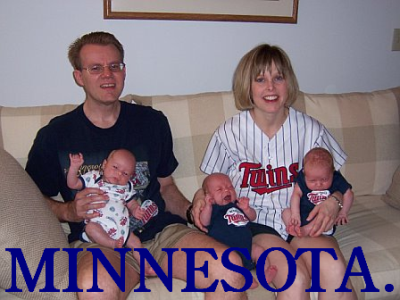