Well, at least over the next ten days it won't be 100+ degrees evenings for the Rangers. While we will sweat out consecutive days over 100 degree streaks and heat exhaustion warnings here in Texas, the Rangers will be embarking on their longest remaining road trip of the season. It all begins in Oakland where the game time temperature could be as much as 35 degrees cooler than the average game at The Ballpark over the last month or so. Chances are, the game will end with a temperature below 60 degrees. The last time it was below 60 degrees in Arlington was in May.

With just a little over six weeks remaining in the season, the opportunity to build on a series winning streak arises for the Rangers in Oakland. Though the Coliseum has never been a place the Rangers have had an easy time winning at, having gone 20-25 over the last five years there, the fact is, while homefield gives the A's a better chance to win, the Rangers are the better team. And that's pretty much what it comes down to for this stretch run. The Rangers are a better team than a nearly all of the teams in baseball, but they still have to win the games. It's interesting though, that it might take getting hot on the road to finish the job.

According to my research and calculations, Colby Lewis and Trevor Cahill have squared off against each other 873 times since the start of last season. 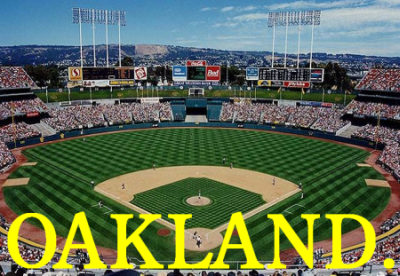