There is something about this series that makes me almost think, "Oh boy. Are we in for a let down?"

You hear about it all the time in sports. A team coming off a big series or game, or a team looking forward to an upcoming difficult game or stretch of games, overlooks the opponent right in front of them. Granted, I have more faith in this Rangers team's ability to win regular season baseball games than perhaps any other in my lifetime, but even as a fan, I've been thinking, "That was a great series in Anaheim, but now we've got like half a month of watching the Red Sox and Tampa Rays to worry about."

Yes, now that the Rangers are finished with the latest incarnation of "Biggest Series of the Season" the baseball games do, in fact, continue to happen. It's funny how that works. And while it's hard not to glance at the schedule and look ahead to the upcoming stretch of games against the Red Sox, Rays, and Angels, that kind of thinking ignores the fact that this road trip isn't over, and this has been a road trip worth living in the moment with. What began as the longest remaining road trip of the season on August 12th, has turned into a 6-1 road trip with a chance to be truly special if the Rangers continue to play well.

Looking forward or celebrating previous victories also ignores the fact that the Chicago White Sox are clinging desperately to contention in the American League Central and would love nothing more than to turn the road trip into something a little more subdued. The White Sox are four games out of first place behind both Detroit and the hard charging Cleveland Indians. The White Sox will be up for this series because they have to be. For them, this is about survival.

Luckily, and submitted without proof, I don't think this is a Rangers team that will be dreaming of the Arlington blast furnace while sleep-walking in the crisp near-Autumn Chicago air. I believe this team when they say they haven't won anything yet. I believe them when they say they're taking it one game at a time. I believe them not because I buy into every sports cliche, but because this is a pretty good baseball team we're getting to watch. This is one of the best baseball teams that anyone anywhere gets to watch right now. But this is no time to stop for a breather. To paraphrase and expand on one more cliche from Michael Young, the Rangers stepped on the gas, might as well keep the pedal on the metal.

Here's a breakdown of the pitching match-ups this weekend: 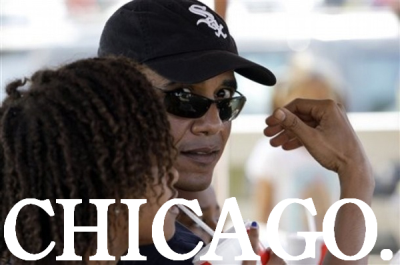