The baseball season is so long that it's good to take stock in the checkpoints along the way. Memorial Day is usually the first one. That's when the season is about a third of the way complete and the small sample size of the beginning of the season yields to a bigger picture of trends and ideas for how the season has begun to take shape. On Memorial Day, May 30, 2011, the Rangers were 29-25 and up a game in the West.

The second checkpoint of the season comes at the All-Star break. The break puts you at a little past half-way into the season and gives you an opportunity to reflect on more than a half of baseball while looking forward to the races that await in the final 70 or so games. It is the most obvious checkpoint since they literally stop the season to spend a night having players hit dingers to give us weary followers a much needed respite from caring so hard about actual games. It's weird. At the All-Star break, the Rangers were 51-41 and up a game in the West.

We're now at the third checkpoint, the days following the July 31st non-waiver trading deadline. As Billy Beane once said, in regards to how a season breaks down from an evaluation standpoint, the first two months of the baseball season are spent evaluating what you have, the second two months are about acquiring what you need, and the last two months encompass seeing the finished product attempt to put it all together. And that's where we are now.

The Rangers, on August 2nd are 61-48 and up two games in the West. The evaluation of the team over the first several months of the season indicated that it was the bullpen that clearly needed upgrading. The Rangers did what they could to address that issue at the deadline and now we've entered into the put-it-all-together portion of the season. There's still an opportunity to upgrade the team before the waiver deadline on August 31st if the need arises, but failing that, this is pretty much the team the Rangers will roll with. This is the team that has 62 games to play after tonight.

There is one final checkpoint, however. That's the break between the end of the regular season on September 28th and the first game of the ALDS. That final game of the season used to be the finish line for the Rangers. Now, however, just finishing isn't good enough. If starting tonight, this is the final product the Rangers put on the field, they do so with the hopes of returning to the World Series and finishing what they started.

Apparently it could be Rick Porcello starting on Thursday. ESPN, MLB.com, and CBS Sports list Penny as the starter but Yahoo! Sports lists Porcello. The difference between the two in RAR is 15.5 RAR for Porcello and 9.9 RAR for Penny. One side effect of the schedule after this trading deadline, with the Rangers facing the two leading contenders in the AL Central, is the Rangers will be facing modified rotations by both the Tigers and Indians as they both made trades in an attempt to reach the postseason in a very winnable division. For the Rangers, instead of facing both Porcello and Penny, like the Angels for example, they'll instead face Doug Fister on Wednesday. To give you an idea on the difference that makes, the total RAR for Porcello and Penny combined is 25.4, whereas Fister's RAR for the season is 27.6. It's a pretty big difference and one the Rangers are sort of unlucky to run into.

Additionally, thanks to whatever the Rockies were thinking in making Ubaldo Jimenez pitch a 40+ pitch single inning the night he was traded, instead of facing Fausto Carmona, Josh Tomlin, and David Huff when the Indians come to Arlington starting Friday, the Rangers will miss Huff (4.1 RAR) and instead get to face Jimenez (21.8) in his Indians and American League debut. The best pitcher the Angels faced (Josh Tomlin) when they played the Indians a week ago had a 14.3 RAR. I guess it's all the luck of the draw. 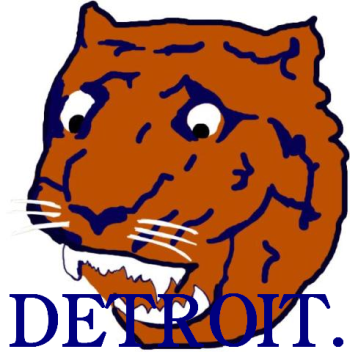