If you believe the playoff odds report, there is a better than not-so-small percentage chance that the Rangers and Red Sox could potentially meet at some point in October to play baseball games. And, of course, with that, this series comes attached with the dreaded "playoff preview" moniker. There are more important things than gauging this series against potential future confidence levels, though. For one, the Rangers have to get to October. And for two, if they do get there with baseball still to play, it wouldn't be a bad idea to do so with the majority of the games at home. If the Rangers perform well, in their return home, it could assist with all of the above.

Wins against any team, until the magic number reaches zero, is most welcome at this time of year. However, for the Rangers, as much as we'd like to see a string of games against the Orioles lined up, this is setting up to be something of a benchmark series for the team. The last time the Red Sox were in Arlington they were swept by the Pennant-raising American League Champions in the opening series of the season. Since then, the Red Sox are 77-46. Even though the Rangers are likely glad to be back home, after a long trip, they return with quite a challenge facing them.

The Red Sox are unquestionable one of the best teams in baseball and, as always, are neck-and-neck with the Yankees for likely best team in the America League. During this past road trip, the Rangers took a step toward potentially being noticed as more than just an ALDS practice round opponent before the beasts of the East square off to reclaim their William Harridge Trophy birthright. And while serving notice is a part of what a series win would afford, a series win would also get the Rangers closer to winning the American League West and closest in over a decade to the best record in the league. Currently the Rangers trail the Yankees by 5 games and these Red Sox by 4.5 games. There is a lot to potentially gain from this series beyond the prosaic playoff preview platitudes.

It is interesting to note that if the Rangers were playing this series in October, I wouldn't be surprised if the four starting pitchers who will throw in this series for the Rangers were the four starting pitchers who would pitch in such an assumed playoff series. It is even possible that this is the same order Mike Maddux and Ron Washington would roll with. So, if you're into a series feeling like something that could be like some other larger something that might possibly happen a month and a half from now, this is your series. Go nuts with the big dreams.

Here's a breakdown of the pitching match-ups against arguably the best team in the American League: 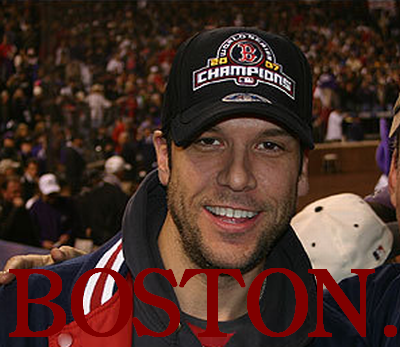