Somehow the Rangers have gone the entire season into September without having played a game at Fenway Park. Now, after the Red Sox have traveled to Texas to play seven games, the Rangers finally make the trip to Boston. Interesting logic branch followed on the ol' decision tree there, MLB schedule-makers.

Nevertheless, you might have heard that the Rangers have a difficult schedule compared to certain other teams that like to conjure up magic numbers from a distance. And it's true. While the Rangers play these Red Sox at their vaunted venue and then go warehouse shopping at the Trop against the Rays over the next six days, the Orange County baseball team welcomes the trying-to-be-better-than-the-Royals Minnesota Twins and the maybe-someday-will-be-better-than-the-A's-but-I-doubt-it Seattle Mariners to Los Angeles via La Habra. That's a .577 winning percentage for teams the Rangers face over the next week versus a .423 winning percentage for teams visiting Disney Land.

But imagine how Boston feels, if that's something you could find yourself caring to do. They have had to go TEX, OAK in the hurricane, NYY, with TEX, TOR, TBR, TOR, TBR over the next few weeks with the Yankees breathing down their neck. First Place in the East problems, I know.

But imagine how the Angels feel, even though that's something you should try desperately to never do. After they relax while playing the third and fourth worst teams the American league has to offer, they find the likes of New York and Toronto on their schedule. And while those series are sandwiched between games against the likes of Oakland and Baltimore, after this week, the Angels remaining schedule is against teams with a .504 winning percentage compared to the Rangers remaining schedule being against teams with a winning percentage of .480. That does include the final three games the teams play against each other. Yes, the Angels playing the Rangers is bad for them.

So imagine how the Rangers feel, even though that's something you do constantly. Even with a week on an AL East bender there is sunshine peeking through the clouds after the Rays. The entire season sort of looks like it has come down to this: 3.5 game lead vs. a week of difficult baseball. If the Rangers come out on the other side of this short road trip with a lead still in hand, you have to like their chances. And if they stumble during this Beasts of the East tour, they have over two weeks to make up any small deficit. From a Rangers perspective, I think you take this scenario any and every season possible and gladly. From a not-Rangers perspective, enjoy those cupcakes; they may lead to heartburn and heartache later.

Here's a breakdown of the pitching match-ups this weekend:

Advantage: Derek Holland's 3.68 xFIP on the road over Andrew Miller's 5.50 FIP at home 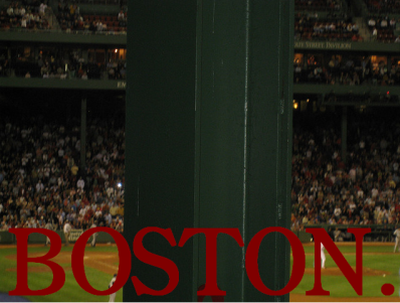