A Guide to Baseball Halloween Costumes

I had the idea once of going to a Halloween party as Charlie Brown playing baseball with his clothes exploding off his body somehow. Then I realized it was a bad idea.

Share All sharing options for: A Guide to Baseball Halloween Costumes

(Editor's note -- Fittz wrote this four years ago.  However, its still awesome and still applicable, so I'm putting it back on the front page today.  Enjoy)

We're still like 15 minutes away from the best part of Hallowe'en: night time. And that means you still have time to craft the greatest Halloween costume for your devilish nightfall activities. Of course, as a baseball fan, that means you're going to dress yourself in honor of America's Pastime. But that also means your costume is probably going to be lame and that's not cool. So here's a guide on how to have a home run of a time on All Hallows' Eve. You'll really knock it out of the park.

Don't: Please refrain from making puns like "home run of a time" or "really knock it out of the park."

Do: Make puns like "I'd walk on her mound if you know what I'm saying."

Actually, don't do that either. 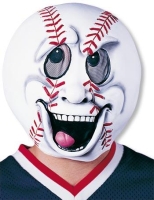 Your goal is not to dress as a baseball. Your goal is to dress as something concerning baseball. The only intrigue regarding this mask is what expression it is trying to portray. I'm currently going with "just heard the Giants won the World Series again" or "accidentally ended up on the dark part of the Internet that still has that Erin Andrews video." 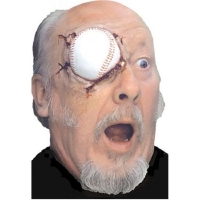 Now this has personality! Bonus points if you are either already an old man or complete the look by aging yourself with makeup as the subtext of being old and less agile in preventing a baseball from lodging in your eye socket really colors this costume. Double bonus if you go with Josh Hamilton's baseball bat through your skull. 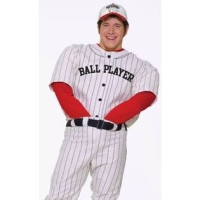 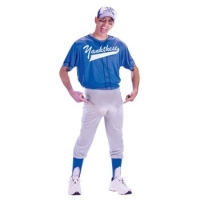 But for some reason, yes, do be this guy:

It is endearing how little he cares what you think of him.

I don't know whether this is a do or a don't: 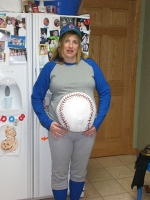 I think the answer is: done. I'm not even sure what this costume is but I'm going to go with Darwin Barney's slumpbuster.

This will always be a do:

You can wear this any day of the year and it is acceptable in my book. 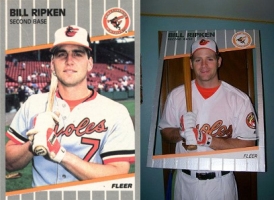 but only if you're around children and you're keeping things PG. Otherwise, this is the pinnacle of baseball related Halloween costumes and there's honestly no reason to proceed. 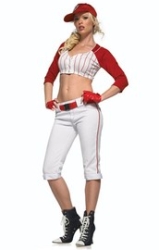 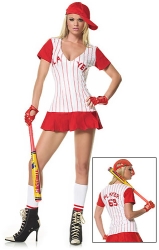 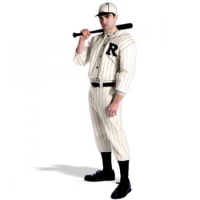 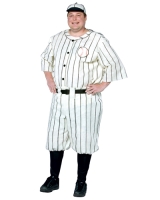 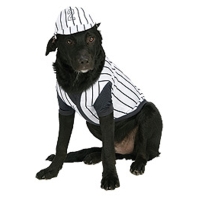 Upon looking for these baseball costumes did I find an image of a guy in blackface going as "Ron Washington"? Yes. I did. Am I going to show that image? No. I'm not. Don't do this.

Don't: Please do not dress as Brian Wilson. This needs to end and Brian Wilson needs help. The longer we support his shenanigans by dressing like him on Halloween, the longer that beard is going to endanger lives. However, if you dress as Brian Wilson dressed as a Sea Captain from his appearance on the now defunct George Lopez Show, that would be kind of rad. 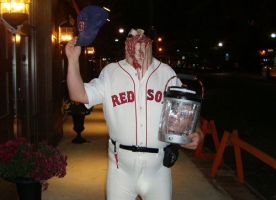 dress as Ted Williams' head-in-a-jar if it is the year 2005. (I secretly think this costume is awesome regardless of the age of its joke.)

Lastly, for you tandem Halloween couples, do: 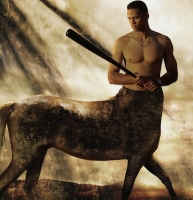 dress as Alex Rodriguez as a centaur. In fact, find someone you hate and make them be the horse-end of this mythical dong-swatting creature. Please? For me?

So there you have it. Now you are prepared to go out there and be the Mr. October of October 31st. Happy Halloween, Hall of Famers.