I've always disliked the Chicago White Sox. It's easy to forget now, but these two teams used to be division rivals of sorts. I suppose "rivals" might be overstating it a bit. The Rangers rarely merited a rival as they were hardly ever an obstacle for other opponents. When I began enjoying watching the Rangers, though, the White Sox always seemed to be a thorn in the side.

In 1993, I was certain the Rangers were going to overtake the White Sox and we would get our first taste of postseason action. Instead, the Rangers could never get over the hump as they stalled around three games back every time they mounted a charge. It seemed like Ron Karkovice and Lance Johnson would do as much damage as Tim Raines and Frank Thomas. Black Jack McDowell was the original Jered Weaver.

It was also annoying that the White Sox were the team that the Rangers traded Sammy Sosa to. We had to hear about how bad that trade was for nearly two decades while also watching Wilson Alvarez develop into a better pitcher than most that the Rangers had in the early '90s. Of course, the year the Rangers finally made the playoffs, Harold Baines had returned to the White Sox just to rub it in.

But as soon as Robin Ventura was charging the mound against Nolan Ryan in the heat of something like a pennant race in Arlington Stadium, the White Sox moved away to the newly formed A.L. Central and the Mariners took their place in my sports hate heart. It seems though, every year, watching the Rangers play the White Sox sparks the hate in me.

Whether it's hearing even one second of Hawk Harrelson, or seeing them win a World Series with perhaps the most ridiculous string of career years/rotation health ever, or watching Ozzie Guillen bark at C.J. Wilson, or having them sweep the Rangers earlier this month behind the efforts of A.J. Pierzynski and Kevin Youkilis, it's always easy to re-conjure those old feelings. Just writing this has made me recall when their old WGN ad campaign was "Good Guys Wear Black" and it has annoyed me all over again.

The White Sox are in first place by a half a game on the Tigers in the Central. A part of me hopes they win that division and the Rangers get a crack at them in October just to avenge the David Hulse Rangers versus the Craig Grebeck White Sox.

Here's a breakdown of the pitching match-ups for this series against the villainous Chicago White Sox:

Advantage: Chris Sale over practically anyone, unfortunately. I am glad he's matched up against Darvish, though. If Darvish can escape the first inning unscathed, I feel confident in him throwing up zeroes as much as anyone the Rangers currently employ.

Advantage: Matt Harrison and the Horrors of the Black Ring over Philip Humber threw a perfect game how? Oh, right. Mariners. I can't believe history is going to count that but not Armando Galarraga's actual perfect game.

Advantage: In virtually every stat Roy Oswalt is having the better season than Gavin Floyd except for the accumulation of WAR. However, that season for Oswalt only consists of five games and he'll be making his first start since being skipped with a bad back. Also, the last time Oswalt faced the White Sox he allowed nine runs on 13 hits. Those nine runs are more than he's allowed in the other four starts combined. Scott Feldman is pitching. 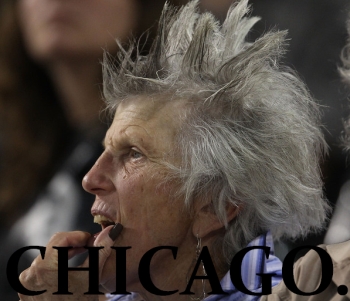