The latest news and notes on the baseball team, not the law enforcement agency.

Today is Blue Monday. Or, the most depressing day of the year. For those of us following the Rangers this offseason, it would be hard to pick just one day.

I've come to realize that this particular offseason feels especially grueling because it's been longer than any offseason we've experienced since the offseason of 2009. We got spoiled by the super quick turnaround afforded to a team that plays until practically November.

Richard Durrett continues his Surprise position outlook series with some cheery news by focusing on the Rangers' No. 1 starter. That's Yu Darvish. He's good. If Darvish's 2013 goes as well as Darvish's final two months in 2012 went, then hoo boy. Every day that passes brings us a day closer to watching Darvish be ridiculous again.

The DMN has a Prospect Primer piece on Leury Garcia and his prospects of becoming the Rangers' utility infielder in 2013.

The Atlanta Journal-Constitution's David O'Brien writes a note on the Justin Upton saga (near the bottom of the page) wherein he thinks that the Rangers and Braves are the "last teams standing" but no one knows when or if Kevin Towers will move Upton.

Colby go-kart racing made me think of Super Mario Kart. So I made this: 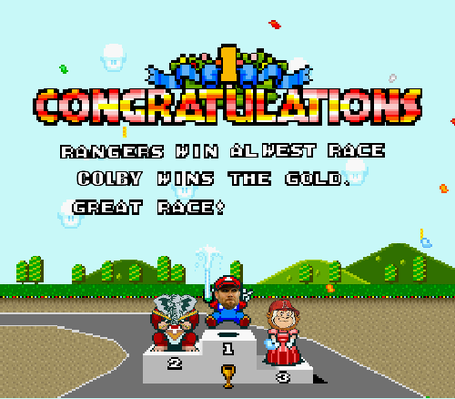