The No. 84 source for all your Prince Fielder jersey number answers

Prince Fielder was introduced as a Texas Ranger. The Rangers updated their uniforms for a cleaner, classier look. Leonys Martin is the new leadoff hitter. Yesterday was a busy day for the Rangers. No one worked harder than John Blake. 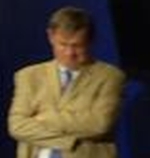 You can watch the Rangers welcome Prince Fielder followed by the local media asking him dozens of questions on his decision to go with the uniform number 84. (Obviously it's a dig at the Tigers who last won a World Series in 1984.)

Or you can read T.R. Sullivan's piece on the Rangers welcoming Prince Fielder followed by quotes from answers to dozens of questions on his decision to go with the uniform number 84. (Obviously it's because 1984 was his birth year.)

Jeff Wilson writes about Prince Fielder joining the Rangers with the intention of playing every day while, yes, wearing No. 84. (Obviously because it is his old No. 28 times three.)

Richard Durrett's piece on Prince's arrival ironically covers how Fielder will handle the Texas heat when he was introduced on a day where the high in Arlington was 37°.

Anthony Andro writes that the words of the day for Fielder were "fresh start."

I get the impression that maybe the Rangers were Prince's choice two years ago but then the Tigers blew him away with idiotic money and the chance to have that storybook homecoming ending. That obviously soured quickly.

But along with the comings of Prince, there was the goings of Ian Kinsler and David Murphy.

Drew Davison writes about David Murphy officially joining the Cleveland Indians and has his thoughts on leaving Texas.

The Associated Press covers an Ian Kinsler conference call with the Detroit media. No word on whether or not he's going to go with jersey No. 00 for the number of times the Rangers have won a World Series.

In writing about Fielder, Evan Grant gets bored and wonders what Jon Daniels' next move will be. Maybe we Lone Star Ball commentariat are not so different from Evan Grant after all.

Sullivan writes that Fielder is just one large piece to the whole Jon Daniels offseason puzzle.

David Schoenfield is more frank in saying the Rangers should be all aboard the Shin-Soo Choo choo train.

Grant held an exclusive interview with Elvis Andrus. You can watch Part 1 of the interview to hear Elvis talk about how he feels like he's lost a brother to Detroit.

Davison has some notes on Andrus looking to step up as a team leader, Murphy's fond memories, the new jerseys, and other notes.

Chris Creamer details the changes the Rangers have made to the uniforms and calls it "a very simple but terrific update."

And, finally, Rob Neyer agrees that the Rangers' jersey changes are for the better even though Rob Neyer hates the Rangers. (And that's apparently actually true.)