Tim Cowlishaw writes behind the DMN paywall about American hero Derek Holland likely annoying Joe Torre with his attempts at humor but also hopefully using his time at the WBC to catapult himself toward a successful season in 2013.

Ron Matejko's got the Rapid Reaction to the Rangers' 7-6 victory over the Cleveland Indians in spring action yesterday. The Rangers haven't lost since March 3. And you were worried.

But before you kick Ross out of the rotation, and back to the bullpen, like I just did, T.R. Sullivan writes that the Rangers have a rare bevy of left-handed relief options this spring. (Cautionary Note: Most of those options are the likes of Neal Cotts, Jeff Beliveau, and Nate Robertson.)

In the DMN blog, Gerry Fraley writes that if Dave Magadan were a Pokemon trainer, then maybe through his efforts he's helping Craig Gentry evolve from a Pikachu to a Raichu. 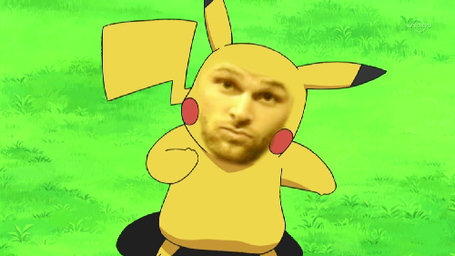 On the Nolan Ryan says it worst when he says nothing at all front, Davison writes that Ryan finally said something and that something was basically nothing.

Behind the DMN paywall, Evan Grant writes that the Rangers are in this situation because of their already unique front office chain of command. For example, the Twins are the only other MLB club with a CEO who could be considered a person in charge but that set up isn't akin to a Nolan Ryan figure in Texas.

Randy Galloway writes that after this mess looked like it had taken a turn for the positive this weekend, nothing has really changed Ryan's stance that his role is too undefined for his liking and that's good news for the Cowboys. Yep. The Cowboys.

Jean-Jacques Taylor chimes in to say about as much as Nolan said himself. Basically, the Rangers should try to keep Nolan around if they can, because he was once a major league baseball player and Jon Daniels never was.

Sullivan's Notebook covers exactly those same things but also notes that Pete O'Brien and Jose Guzman were in camp this week as instructors and that's pretty rad.