If there happens to be any Twins fans reading this, sorry in advance. I'm sure you're sick of hearing about Minnesota weather in April in conjunction with playing baseball. But basically it's this: The Rangers are playing a four-game set in Minnesota where there's already been three games postponed this season due to attempts to play baseball at Minnesota in April.

The good news: The forecast calls for a very slim chance of precipitation over the weekend in Minneapolis. The bad news: It's supposed to be pretty chilly. I'm talking mid-40s cool. And we spent the first two weeks of the season reading and watching how cold weather sapped the Rangers ability to hit like it were Kryptonite to a yellow sun shaded Superman. Well, here we go again.

There is some other good news on the cold front cold-front, however. Saturday and Sunday's games will be played during the day; so it should be a balmy 70 degrees with sunshine. The bats will have no excuse for failing to utilize their solar-aided attack.

So, expect no delays. Besides, we want them to get through these games without any stoppages or cold weather complaints for the following reasons: 1. The Twins aren't especially very good so the Rangers should beat them, 2. The sooner we get through this series, the sooner we get to see Yu Darvish pitch again.

Here's a breakdown of the pitching match-ups against the suddenly 2nd place Minnesota Twins:

Advantage: Vance is no Brandon Worley but he's a more accomplished pitcher than Nick Tepesch at the moment. Still, so far, Tepesch has given the Rangers everything they could have hoped for from what was essentially an emergency No. 5 starter. Now Tepesch is essentially the emergency No. 4 starter and, when he has his sinker and curveball working, we've seen that he can have success pitching in the Majors.

There's the whole aspect to this start where we're supposed to look to see how Tepesch bounces back from getting knocked out early in his last start, after getting hit by a Jesus Montero liner off the forearm of his pitching arm, but we all know damn well that Nick Tepesch doesn't register adversity.

Advantage: Justin Grimm vs Scott Diamond seems sooner an American Gladiators showdown rather than an American League match-up. Grimm and Diamond have thrown just about the same number of inconsequential-for-result-predicting innings, but the track record does favor Diamond. That's mostly because Diamond started 27 games last year and was decent in doing so (3.94 FIP, 2.2 WAR).

Grimm, on the other hand, has put together two solid starts to go along with two poor starts -- one of each from last season and now one of each in this season -- to begin to his career as a big league starter.

Also, Diamond is left-handed so he immediately gets the Rangers Can't Hit Lefties bonus.

Advantage: Up until the moment when I wrote Pedro Hernandez's name up there, I didn't even know Pedro Hernandez existed. That seems to happen a lot when I look up the Minnesota Twins team. (Example: Ryan Pressly?)

I'm going to favor Derek Holland because everyone knows Derek Holland exists because he has a mustache and was goofy during the World Series. Also, I believe in the magical changeup. I choose to believe that it is real. It might just be me wanting to believe in it, but why won't you just let me have this?

Maybe Hernandez gets the Rangers Can't Hit Lefties bonus, as well, but I'm hoping the Rangers counter that with the Pedro Hernandez Isn't Very Good bonus.

Advantage: Is Kevin Correia not the most Twin-like Minnesota Twin that you've seen since Danny Gladden left? 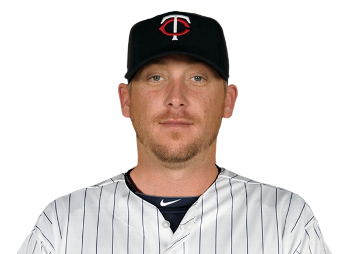 He seriously looks like he was born to wear that TC.

Correia's also been pitching pretty well, going at least 7 inning in each of his first four starts on the season, while allowing no more than three runs in any of them. Still, he's no Scott Erickson.

Alexi Ogando bounced back from a trouncing against the Cubs by settling into a start against the Angels on Tuesday. Ogando went 7 innings and allowed only two earned runs against a potent Angel lineup to get his season back on track. Now, the hard part: Doing every time out. 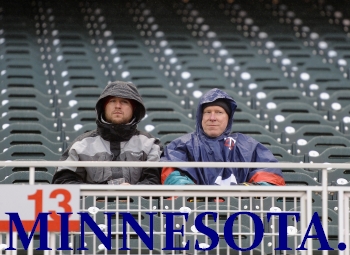