What's the most divisive topic on LSB? It's not what to do with Jurickson Profar or the competency of Ron Washington. It's not which FSSW Girl is more attractive or even whether or not bunting is good baseball strategy. No, if there's one debate that rages harder than the rest, it comes down to a simple question: Beans or no beans?

Whether or not you fall on the side of no beans (hot dog sauce) and demand that the pot stays traditional, or if you rally for a heartier meal with beans (stew) for your favored delicious dish, we can finally lock arms and come together against a common enemy. The Chili Wars reach the boiling point this weekend as Cincinnati-style comes to Texas.

Ladle Cincinnati Chili mixture over the cooked spaghetti and serve with toppings of your choice.

Oyster crackers are served in a separate container on the side. 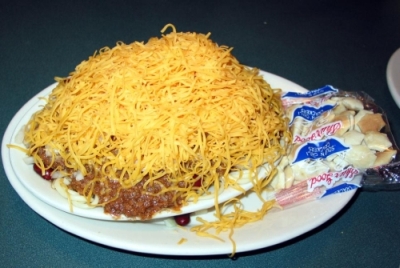 That's right, they put chocolate in their chili. Forget beans or no beans, they ladle their chili onto a bed of pasta! Heathens! Scoundrels!

I'll accept nothing less than taking this series three-way as in a three game sweep of these chili heretics.

Here's a breakdown of the pitching match-ups against the Queen City Redlegs:

Advantage: Following a breakout 2012, Johnny Cueto has had some injury issues this season which has limited him to only eight starts in 2013. In his last outing, Cueto allowed seven runs to the Arizona Diamondbacks in 4 1/3 innings. It was arguably Cueto's worst start in over two years, so, unless he's worked out the kinks between then and now, perhaps the Rangers are seeing him at the right time. Otherwise, Cueto has been solid to excellent when healthy over the last few seasons.

Martin Perez is making his home debut and first start at The Ballpark since September 26, 2012 when he allowed five earned runs to the Oakland A's in the shortest start (2/3 of an inning) of his young career. But that's the bad news. The good news is Perez is coming off arguably the best start of his career in St. Louis against the Cardinals when he allowed two earned runs in seven innings against a top shelf offense. Perez looks to build on that outing against another NL Central opponent.

Weird fact: All three of Perez's starts this season will now have come against National League teams.

Advantage: Nick Tepesch is also coming off a solid start against those Cardinals. Tepesch went 5 2/3 innings and allowed only a solo HR as he traded outs with Adam Wainwright before tuckering out in the 6th. While Tepesch hasn't had a win since mid-May, he's had several solid outings since then that have kept the Rangers in ballgames. After a rough patch in the middle of this month, it was great to see Tepesch assist with the sweep of the Cards.

Now Tepesch has to work on getting himself through six or seven innings more frequently while limiting the damage when facing an order for the third time.

Mike Leake has been on quite a roll. Leake has allowed three or fewer runs in every start since May 8 which spans eight starts. During those eight starts he's averaged around seven innings per. He's basically been a quality start machine. He doesn't strike out many guys but he also doesn't walk anyone all while producing an excellent GB% (52%). Frankly, he sounds very annoying.

Advantage: Yu, Yu, Yu, Yu. Yu Darvish's last start in New York was maybe the first time I've been frustrated with him since mid-summer last year. While he only allowed three runs, they all came on solo dongs to the likes of Travis Hafner, Brett Gardner, and Jayson Nix. Yuck. The Yankees' crippled offense is one that Darvish should have been able to handle and he turned a 3-1 lead into an eventual loss because it seemed like he ventured away from his fastball a little too much. The Rangers are 8-2 in their last ten games. Those two losses have come in Darvish starts. It's inexplicable. Darvish hasn't been the winner in a game this month and this is his last chance.

With all that venom spewed, there's still no one I'd rather watch and I'm certainly looking forward to Yu Darvish vs. Joey Votto: Round II.

Facing Darvish will be Mat Latos who is having a fantastic year himself. In his last outing, Latos had a career-high 13 Ks against the Diamondbacks in 7 2/3 innings of one-run ball. After the Reds gave up a ton (Yonder Alonso, Brad Boxberger, Yasmani Grandal and Edinson Volquez) to acquire Latos from San Diego, Latos went out and had a solid year for the Reds in 2012 and has been even better this season. He's now wrestled the team ace title from Cueto, and, like many starts with Darvish on the mound, this has all the makings of a fun match-up. 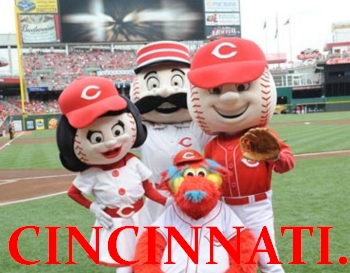