It feels weird knowing that this early in June the Rangers will be done playing the Red Sox after this mid-week series at Fenway for the rest of the season. I suppose since it was so important to even up the divisions, get the Astros in the American League, and give us season-round Interleague play, there was bound to be scheduling peculiarities.

For example, the Rangers will be finished with Boston for the 2013 regular season before they've even played the Orioles, Yankees, Blue Jays, or Indians even once.

The Red Sox are good. The Red Sox have played well in every facet of the game through two months. The Red Sox have the American League's second best record. So you could see why not having the Red Sox on the schedule for much longer would otherwise be a good thing for the Texas Rangers.

But then again, maybe it's a bad thing that the Rangers are finished with Boston after Thursday. Since 2009, the Elvis Andrus era, the greatest era of Texas Rangers baseball, the Rangers have gone 28-11 against the Red Sox. That includes a series sweep a month ago in Arlington.

The Rangers have won the season series with Boston every year since that 2009 season began. There was at least one Rangers' series sweep over the Red Sox in 2009, 2011, 2012 and now this season. The Rangers have had their way with the Red Sox over the last nearly five seasons now.

That's not to say that there's a guarantee that this will continue in this series or going forward, but nevertheless, it's always nice to see the Red Sox flinch...

And the way these two teams have played so far, schedule makers be damned, it's not out of the realm of possibility that we could see them play again in 2013 after all.

Here's a breakdown of the pitching match-ups against Boston's second favorite team until the Stanley Cup Playoffs are over:

Advantage: Ryan Dempster wasn't very good for the Rangers after coming over from the Cubs in the final minutes before the clock struck 4:00 PM on the trade deadline last season. I'll never forget - or forgive - Dempster coming out in Game 162 with a big bag of nothing against the A's even when staked to a 5-1 lead in Oakland. But Ryan Dempster did one good thing for the Texas Rangers. I'd like to believe that Dempster is at least partially responsible for Derek Holland's turnaround.

In the meantime, Holland's been busying himself by being one of the best pitchers in baseball. Thanks Ryan Dempster. Now please go out there and give up five dongs like you did seemingly every start you had as a Ranger.

Justin Grimm was drafted by the Red Sox out of high school in 2007. There has to be a part of Grimm that is excited to pitch at Fenway park for the first time in his career. You know there were days in the summer of 2007, when Grimm was still a teenager, where he dreamed of this possibility. And, if he pitches as well as he has in his last three starts (all six innings or more with three runs or fewer), he could be in line for his fourth straight win.

Advantage: Alexi Ogando is back after being gone for half a month with a tender arm. And, even though Ogando hasn't been consistent yet as a starter in 2013, this is good news for the stability of the rotation. Ross Wolf, Josh Lindblom, and Martin Perez provided varying levels of yeoman's work in their starts to cover Ogando, but getting Alexi back and in a grove would do wonders in providing another starter to rely on past Yu Darvish and Derek Holland.

John Lackey has had a pretty good bounce-back season for the Sox so far. It's a shame that Ian Kinsler is still on the shelf as it seems Kinsler terrorizes Lackey like no other Ranger. Lackey has given Boston at least five innings with three or fewer runs in every one of his starts this year except for one hiccup against Tampa Bay in mid-May when he allowed five runs in 4 1/3 innings. Since that start however, Lackey has only allowed three total runs over his last three outings.

Advantage: The new pensive and purposeful Derek Holland has been having himself quite a year. You might even say it's something of a Year of Holland. After a couple of missteps in the middle of last month, Holland reeled off two stellar outings to end May in what might have been Holland's best month of his career.

Holland allowed a total of ten runs in six starts in May spanning 39 innings. That included 44 strikeouts to only 9 walks on the month. Holland's first start of May was against Boston in Arlington. Holland went eight shutout innings with a then season high nine strikeouts. A repeat of that outing would be swell.

Matching Holland will be Jon Lester. Every time I see the Rangers are scheduled to face Lester, I'm reminded of a game from 2009 when Lester had legit no-hit stuff and dominated the Rangers over nine innings. That was June 6, 2009 in a game at Fenway also started by Holland. Nearly exactly four years later and I still remember that game vividly.

Luckily for us, and the Rangers, Lester hasn't fared as well against the Rangers since that game. Lester has allowed 22 runs to the Rangers in 36 innings spanning six starts since June 6, 2009. That includes allowing three runs in six innings in a loss to Yu Darvish and the Rangers on May 5. 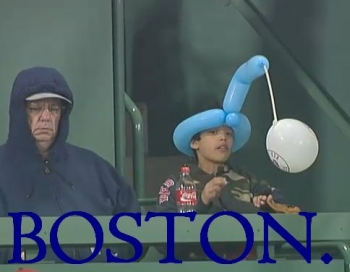