Now that June is finished, and the Rangers aren't playing all of the best teams in baseball without getting much rest, it almost feels like the Mariners are the baseball version of a chance to exhale. That's because the Mariners are bad at baseball and that's a change of pace for the Rangers of late. The problem with that is, besides Joe Saunders going tonight, the Rangers are faced with the challenge of having to hit against Felix Hernandez and Hisashi Iwakuma.

Those two have been one of the better rotation duos in the Majors this season. Instead of relaxing in the summer sun with a little Aaron Harang or Jeremy Bonderman, the Rangers have to get right back to grinding out runs against solid pitchers.

Thankfully, the Rangers have been pretty good at that. Since mid-June, in their last 15 games, the Rangers have scored five or more runs only four times but have gone 10-5 during that span while beating the likes of Shelby Miller, Adam Wainwright, Johnny Cueto, and Mat Latos.

The good news is, after the fireworks go off on the Fourth of July and the Rangers send Seattle packing, the Astros come to Arlington this weekend as baseball's true vacation hot spot.

The Rangers are 22-10 against the American League West this season. That's the best record against a division by any team in baseball. So far, so good. But what the Rangers do against the low hanging fruit of the West the rest of the way could go a long way to determining whether or not summer vacation turns into fall celebration.

Here's a breakdown of the pitching match-ups against the freedom hating (probably) Seattle Mariners:

Advantage: Previously on Justin Grimm pitches against the Mariners:

That game was also a Grimm vs. Joe Saunders match-up. The Rangers won that game 9-5. I could go for a Rangers 9-5 win tonight.

Advantage: The Rangers seem to handle King Felix as well as any team in baseball. This year, in two starts, the Rangers have beaten Hernandez in each while scoring nine runs in only 12 1/3 innings pitched. Felix is, obviously, a world class pitcher who could dominate the Rangers' lineup on any given night. The fact that he hasn't done that so far this season doesn't mean too much for Wednesday night; it's just neat that it's worked out this way so far. This will be Hernandez's first start in Arlington this season and I assume he'll be aiming to bother Adrian Beltre while frustrating the Ranger hitters into week-long slumps.

Derek Holland hasn't allowed a run in his last 14 innings pitched and is coming off one of his best starts as a professional. Last Thursday in New York, Holland tossed a complete game shutout while allowing only two hits, two walks, and striking out seven Yankees. It was the kind of gem that Holland has been building towards all season in what has been a fantastic year for the Dutch Oven.

Holland has made one start against Seattle this year. On May 25, Holland pitched 6 2/3 shut out innings with a season high 10 Ks. In that game, he was matched up against Felix Hernandez and out pitched him. With that win on May 25, the Rangers reached their high water mark of 15 games above .500. With any luck, Holland could be pitching for a new best record.

Advantage: While the Rangers have had success against Felix Hernandez this season, they've yet to crack Hisaski Iwakuma. The right-hander from Japan has gone 14 2/3 innings against the Rangers in two starts --each in Seattle -- this year and has allowed only three earned runs. And though Iwakuma has been a solid addition to the Mariner rotation, he's run into what amounts to his first rough stretch as a starter since coming to the Major Leagues. In his last three outings, Iwakuma has allowed four earned runs in each. Here's hoping the Rangers continue that trend.

Martin Perez is making his first start against an American League team in 2013. Somehow, all three starts that Perez has made this year has come against National League teams. The baseball schedule is weird. Perez has made three appearances against the Mariners in his career, however. In 2012, in 9 1/3 innings, Perez allowed three earned runs while striking out eight Mariners. So, essentially, in Perez's young career, it's the Mariners that he's had the most success against.

In his three starts in 2013, Perez has improved in each outing which culminated in his best start as a professional last Friday against the Cincinnati Reds when Perez tossed 6 2/3 innings of shutout baseball. 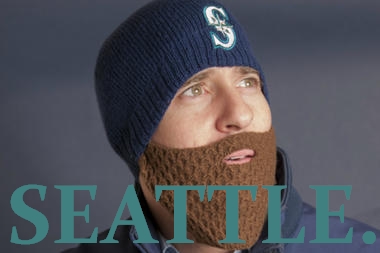