The Rangers have averaged 4.3 runs per game in 2013. Somehow, that's been good enough for 12th best in baseball. Lately however, the runs have been few and far between.

Why did the Rangers sign Manny Ramirez? Maybe this: Since June 10, they have scored fewer runs than every AL team except Houston.

If there's a team in the league that is akin to an alternator for your run down offensive batteries, with a pitching staff acting as jumper cables for your lineup, it's the Astros.

But we all know that it isn't about scoring runs at a more prolific rate or using a terrible Houston team to catapult Texas toward a successful second half. No, as it always is when the Rangers face the hated Astros, on the forefront of our minds is the fate of our treasured Silver Boot. 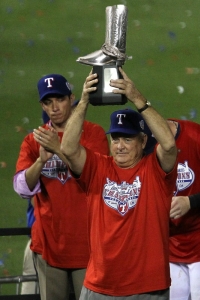 The Rangers are 5-1 against their Texan rivals this season. All six of those contests have come in Houston, however. After this weekend, there will be ten more games between the Rangers and Astros with six of those games scheduled for Arlington. The Rangers need five more wins to secure the coveted Boot for yet another season.

A sweep this weekend could go a long way to making sure the pride of Texas stays in the DFW where it belongs.

Here's a breakdown of the pitching match-ups against the worst team in baseball; the Houston Astros:

Advantage: Nick Tepesch has been a better pitcher in 2013, has pitched better against the Astros than Lucas Harrell has pitched against the Rangers in 2013, and once won a staring contest with a wax figure of Brad Pitt made up to look like his character from Legends of the Fall.

Advantage: Yu Darvish has been a better pitcher for all of recorded human baseball history when compared to Dallas Keuchel.

Advantage: If I didn't love baseball, I wouldn't watch this game. Who has the advantage in this game? People who like to go out and do something pleasant on a summer Sunday afternoon. 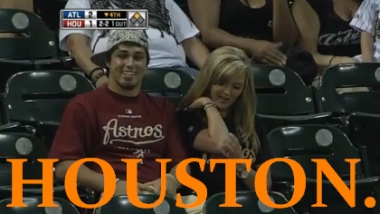