The Rangers, aiming to continue their winning ways in August, head to the Midwest to battle Chicago and a trio of White Sox left-handers

Flash forward to August 23, the Rangers have just swept the Houston Astros to move to 74-53. The Rangers are 2.5 games up on Oakland in the American League West. The Rangers are tied for the best record in the American League and hold all tie-breakers. Were the baseball season 127 games long, the 2013 Texas Rangers would be awaiting the winner of the Wild Card play-in game to know who which opponent would be coming to Arlington for Game 1 of the ALDS.

Obviously, a lot has changed in just over three weeks. The fact that the Rangers have climbed to the top of the American League standings is astounding. In addition, there is plenty of reason to believe that they can hang around there for at least the next little while. For example, the Rangers open a three game series on the road against Chicago tonight and they will face three White Sox left-handers. Here's why this is a good thing:

Here's where it might not be such a good thing:

Here's a breakdown of the pitching match-ups against the Midwestern Menace from Chicago's South Side:

Advantage: Well, Martin Perez did out-pitch Felix Hernandez last time out. If he's going to pick up his fourth straight win, he might as well out-pitch the other best pitcher in the American League.

Advantage: The other other best pitcher in the American League, Yu Darvish, gets his first chance to prove that being great is good enough. The Rangers get their first crack at Hector Santiago since a May 02 loss where Santiago allowed a single run while striking out six Rangers. In fact, that loss marked the only time this season that the Rangers have lost back-to-back starts against left-handers. Those games were started by Chris Sale and Hector Santiago.

Advantage: It's the one that got away before you figured out later that it wouldn't have been worth the effort anyway versus the one that you'd been pining over for years, finally snagged, but then realized too late that maybe you really were better off just being friends. 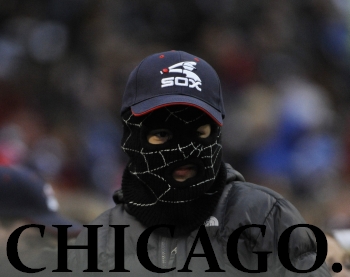 Rangers' Record vs. Chicago: 1-2 (All at The Ballpark)