The Rangers head to Seattle from Chicago before returning home to play Minnesota and then traveling to Oakland in a scheduling quirk. First up, though, is rivals Joe Saunders, Hisashi Iwakuma, Felix Hernandez, Kyle Seager and the Mariners

That's it. The above list is the complete work of the things in this world that are more villainous than Kyle Duerr Seager. Seager, as you may remember, was virtually single-handedly responsible for two Ranger losses just over a week ago. Seager hit a go-ahead home run off of Neal Cotts in the 8th inning of a game the Rangers were leading 1-0 on Aug 16. He followed that up by hitting the go-ahead RBI double off of Joe Nathan in the 9th inning of a tied game two days later.

Since that series, spanning six games, Seager has two total hits in 23 at-bats. Before the series with the Rangers, Seager had only seven hits total for the month, and only one of those was an extra base hit. For the season, Seager is hitting .409 with four homers and 11 doubles versus Texas. Seager's 55 career hits against Texas is 14 more than against any other team.

Knock it off, Kyle Seager.

Here's a breakdown of the pitching match-ups against the Kyle Seager and the Silver Slugger Band:

Don't flake out on me,
Oh you promised you'd write before Easter,
And now you damn well know that it's Autumn,
and I missed you through those summer months

Do you remember the first time?
I can't remember a worse time.
But you know that we've changed so much since then,
Oh yeah,
We've grown

Let me put you in the picture
Let me show you what I mean
The messiah is my sister
Ain't no king, man, she's my queen 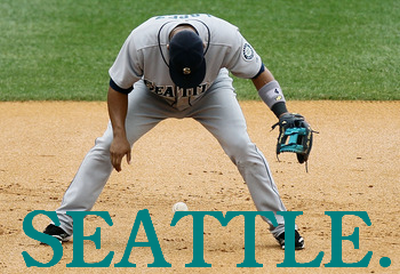 Seattle's Recent Results: 0-3 swept at home by the Anaheim Angels