The Rangers get to play the same awful team they just swept in a three game series four days ago, each on walk off home runs

Now that the Rangers have finished off a series win against the A's in Oakland, they head down to Anaheim for a rematch against the Angels after sweeping them via walk-off home runs last week in Arlington.

This series will end a stretch of 20 straight games for the Rangers coming out of the All-Star break. So far, during this stretch, the Rangers have gone 8-9. They began the stretch by losing eight of ten but have since reeled off six wins in their last seven games. With a series win against the Angels, they would end the stretch at 10-10 which seemed like an impossibility back on July 28 when the Rangers were getting shut out and swept in Cleveland for the second straight night and for the third time in four games.

Let's take a look at the Rangers' August schedule beginning with this series:

3 @ Home against Minnesota ending on Sept. 01

By comparison, here is the remainder of A.L. West leading Oakland's August schedule:

In those 25 games, the A's play 15 games against teams with a winning percentage above .500. They play teams that would currently qualify for the playoffs 12 times. The combined record of the Oakland's opponents in August is 453-434. That's a composite winning percentage of .511, or, basically the equivalence of playing the second place Diamondbacks all month.

With the Rangers riding the high of turning their season around within a week -- sweeping Anaheim at home on walk-off dongs, taking a series from the team ahead of them in the standings -- this is the month that the Rangers can surge ahead.

Even though there are reasons that the outlook for the season might seem gloomy today, with the team getting word that they will likely be without Nelson Cruz for the rest of the regular season, the schedule isn't one of them. The Rangers need to feast on the worst teams in baseball and that can begin tonight in Anaheim.

Here's a breakdown of the pitching match-ups against the loathsome Anaheim Angels of Anaheim:

More often than not, baseball can't really be explained.

Advantage: Last time a pitcher finished the season with a K/9 rate over 12 per 9 was Randy Johnson in 2001 when he finished with an obscene 13.41 K/9 in 249.2 innings. Johnson finished that season with an unimaginable 372 strikeouts. Through 138.2 innings pitched, Yu Darvish is at 12.07 K/9. In his last start, Yu went seven innings of scoreless baseball with 14 Ks and zero walks. The last time Yu faced the Angels, he went six innings of scoreless baseball with 11 Ks and made Drew Sheppard famous.

Yu hasn't allowed a run since Michael Bourn led off the bottom of the 1st inning with a home run on July 27 in Cleveland. In three starts since the All-Star break, Yu Darvish has allowed only that single run in his 19 1/3 innings of work. During that span, he has 29 strikeouts to 6 walks. Yu is going Big Unit on 'em.

Jered Weaver starter kit Garrett Richards is the only thing resembling a starting pitcher for the Angels in 2013 other than C.J. Wilson and sometimes Weaver and Jason Vargas. Luckily for the league, the Angels have jerked Richards back and forth between the rotation and the bullpen and he's made only six starts. Unluckily for the Rangers, Tuesday will be start No. 7.

Advantage: Since returning from the disabled list, Alexi Ogando has been doing his best Rich Harden impression. Only Harden never dealt with unappealing face goiters. It's not like Ogando has been hit hard. He just hasn't been able to throw strikes or pitch deep in games. This culminated with Ogando walking five A's on Friday all while striking out just four batters total since his return on July 23.

This may be the last stop on the Alexi Ogando starting pitcher adventure. Colby Lewis will be on Ogando's schedule for what may be his final rehab outing and if Ogando can't command his pitches again, or has another short outing, don't be surprised to see Colby take Ogando's spot in the rotation. At that point, Ogando would likely head back to the bullpen where many folks think he's best suited anyhow. Of course, Ogando could just go out and toss a CGSO and we'll have other things to worry about.

I don't have anything to say about Tommy Hanson other than I type Tommy Hunter about 50% of the time when I type his name and it's annoying. 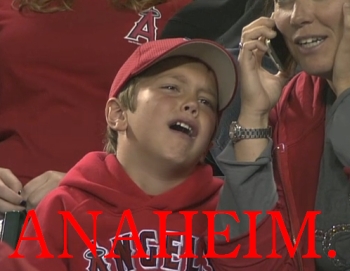