Each time the Rangers have reached the World Series, they've run into Tampa Bay along their postseason path. For the first time in franchise history, the Rangers will be involved in a tiebreaking Game 163. And, of course, it's against the Rays 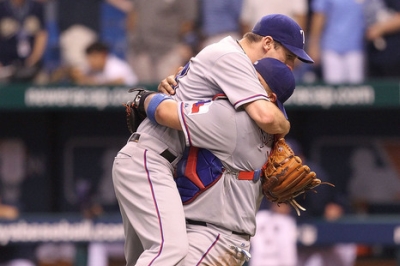 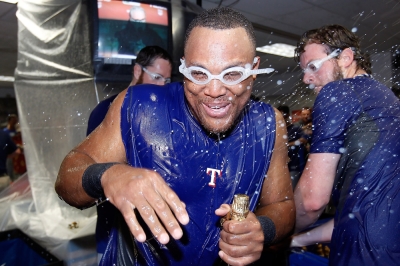 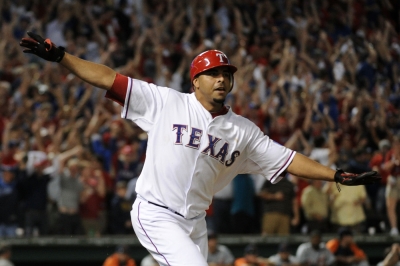 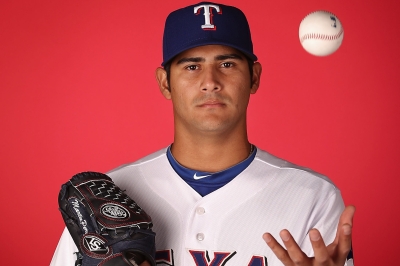 Here's a breakdown of the pitching match-ups between the reigning Cy Young winner and the Ace Slayer:

Advantage: It's interesting to me that the Rangers played the Rays as recently as two weeks ago and the only two starters that didn't pitch for these teams were David Price and Martin Perez. The Rangers and Rays split that series. This is basically Game 5.

David Price won the American League Cy Young award last season. He's David Price. He's generally regarded as the best left-hander in the American League along with Chris Sale. And then there's Martin Perez. Perez is a guy whom Rangers fans have been hoping would become anything close to resembling a David Price for years. After some questionable seasons in the higher levels of the minors, and an uninspired debut in the rotation last season, the bloom had come off of Perez's prospect rose.

This season, however, while his peripherals don't touch the David Prices of the world, Perez has been a revelation since working his way back from a broken forearm in Spring Training. An argument can be made that Martin Perez is having the best season by a rookie starting pitcher (non-Yu Darvish division, of course) in franchise history. And he's done it with only a few starts under his belt before the All-Star break.

So, yes, while you'd much rather be the team that has David Price toeing the rubber tonight, I'd bet fans of their team thought the same thing when Perez was matched up against the likes of Shelby Miller, Johnny Cueto, Felix Hernandez (twice), Chris Sale, and Bartolo Colon.

Bullpens: Perez's leash will probably be quite short simply because the Rangers will want to use their fantastic bullpen should any danger arise. The Rangers ended the season with baseball's best 'pen by RAR and it only gets stronger with Alexi Ogando likely moving back to a relief role for as long as the Rangers remain alive.

If Ogando is even half as good as he was in his return to the bullpen for the 2011 Postseason, the Rangers will have another elite weapon out there to go along with the likes of Joe Nathan, Neal Cotts, Tanner Scheppers, Joakim Soria, Neftali Feliz, and Robbie Ross.

The Rays' bullpen is a good one. Very much in the mold of a classic Andrew Friedman 'pen where journeymen types such as Jamey Wright are brought in with the hope that they can put together 60+ quality innings. The Rays' 'pen features Fernando Rodney at closer who is having a solid season even as it doesn't reach the otherworldly effort of last season's 0.60 ERA campaign. Also of note, for the year, Rodney has blown eight saves which is the highest total of his major league career.

Alex Torres (the other guy in the Scott Kazmir trade with Anaheim) has had a fantastic season (1.3 fWAR). The Rays also feature the likes of Joel Peralta, Jake McGee, and Cesar Ramos with Wesley Wright and Jesse Crain being mid-season acquisitions.

Each team's pen was ridden hard in the final week of the season, as you may imagine. Over the weekend, for the Rangers, Sheppers and Nathan appeared in every game, while Cotts and Ross appeared in three of the four games. So, there will be some questions about who is available tonight and just how effective each pitcher will be.

For the Rays, over their last four games, they received only 19 1/3 innings out of their starters while Peralta, McGee, and Ramos appeared twice out of the pen. Also, it took Rodney 33 stressful pitches to finish off the Blue Jays yesterday. He can get got.

Advantage: There's no better bullpen in baseball than that of the Texas Rangers.

Lineups: The last time the Rays faced the Rangers with a lefty on the mound, they ran this lineup out there:

I'd imagine we'll see something similar only with Joe Maddon's special blend of lineup wizardry. Desmond Jennings has been sidelined with a hamstring injury and hasn't started since Sept. 22. We might see David DeJesus make a start.
The last time the Rangers faced a Rays' lefty they went with this lineup:

Now that Nelson Cruz has been reinstated from suspension, the Rangers have some options. They can DH Cruz or put him in left field while moving Craig Gentry to center. Jeff Baker is likely unable to play the field so he'll probably be out of the lineup in favor of Mitch Moreland. It will be interesting to see if A.J. Pierzynski is in the lineup against the left-hander. If the Rangers use Geovany Soto at catcher, and DH Pierzynski, then Cruz in the field in left becomes a realistic possibility.

Needless to say, I don't think Joey Butler will be in the lineup.

Advantage: It doesn't all come down to Nelson Cruz, because it's a one game playoff, so it doesn't really come down to anyone, but Cruz has a chance to transform the lineup if he's coming back in any kind of hitting shape after a 50 game absence. All in all, the Rays have been the better hitting team this season. But, like all single baseball games, it'll all probably come down to a Jose Lobaton at-bat or something. 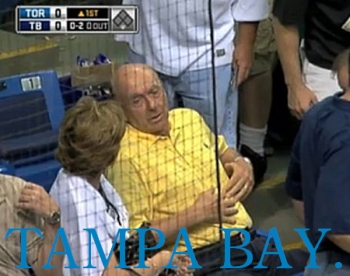