Here's how those 15 days or so visually look: 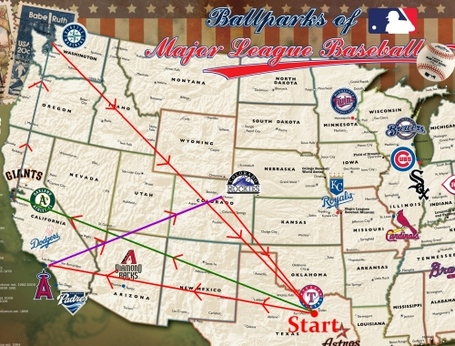 Welcome to the Bermuda Triangle of Mike Scioscia fart faces and umpirical Illuminati conspiracies portion of your Ranger season.

The Rangers weren't quite against-the-Astros good against Anaheim last season, but going 15-4 isn't anything to sneeze at, either. Frankly, the Rangers manhandled the Angels all season. Of the things that happened during the 2013 season, that was probably the most enjoyable one. Obviously spurred on by the Rangermanship movement, the Rangers went 6-3 in Anaheim and lost only once to the Angels in Arlington. The Rangers were a combined 32-6 against the Angels and Astros last year. That's how you keep your 90+ win season streak alive! Thanks, Anaheim!

Of course, that record against the Angels was inflated a little by this happening:

I'm only embedding that video here because I'm sure Angel fans hated it as much as we enjoyed it. That's the kind of balance I enjoy.

Here's a breakdown of the pitching match-ups against somehow LA's phoniest team:

Thoughts: Matt Harrison in One Day at HorrorLand against Garrett Richards.

Man, I've been afraid of Garrett Richards for a while now because he has great stuff and no one wants the Angels to have a pitcher with great stuff. My hope was that the Angels would dick around with him in the bullpen and he'd languish away. Unfortunately, the Angels have wised up and inserted him in the rotation for good. Now he seems to be turning that dreaded corner this season from guy with great stuff to pitcher with good results while actualizing all my fears.

Thoughts: Yay! Since Yu Darvish isn't facing the A's, we can return to our regularly scheduled enjoyment of Yu Darvish starts!

Jerry Dipoto must have that JD Matt Garza love for Tyler Skaggs because he's traded for him as a prospect with another franchise only to become employed by the franchise that he took Skaggs from where he then made a trade to bring him back to his originally drafted franchise and now has him in his rotation. And he's pitching pretty well this season which renders as leagues better than Matt Garza already. 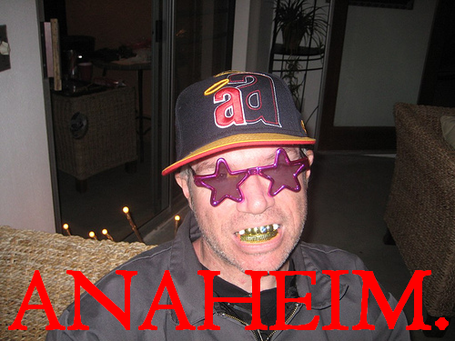 SB Nation Angels Blog: Halos Heaven (Could you not?)